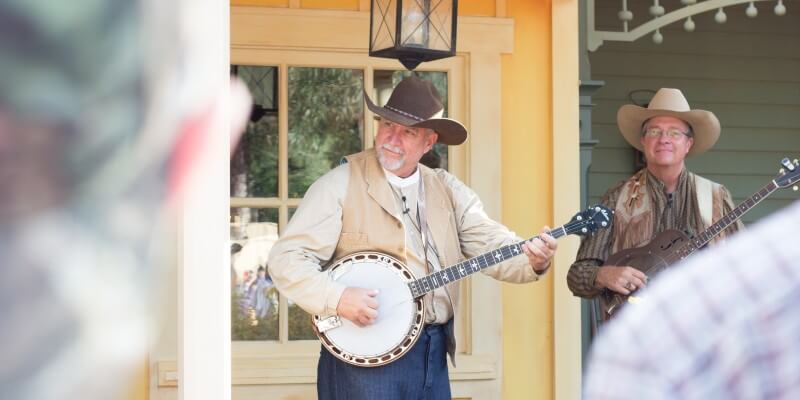 If you are like me, you take any chance you get to visit one of the parks. Being a passholder gives you the freedom to go whenever you want and for however long you want. You can truly enjoy the parks without being too tired at the end of the day, because we have ALL experienced the truest form of exhaustion after a long day spent at a theme park.

I have compiled a list of attractions an Annual Passholder might want to check out next time you venture out to the Disney parks!

10. Walk the Pangani Forest Exploration Trail in Animal Kingdom with Dole Whip in hand. Other than the fact Dole Whip really is one of the most delicious things to eat in the parks, you might even get to see a baby gorilla!

9. Journey into Adventureland in Magic Kingdom to climb one of the most famous treehouses in the world:the Swiss Family Treehouse. Not only is it a great workout (it’s basically like the StairMaster machine at the gym), but you can also witness a fantastic view of Cinderella Castle. 8. Go ride Primeval Whirl in Dinoland USA at Animal Kingdom. This attraction usually has a very short wait time and it is also the best ride to take some funny video footage or pictures on. Carnival rides always bring out the best laughs in people! Though currently, this ride is under refurbishment, the coaster is set to reopen on November 13.

7. Ride the Walt Disney World Railroad all the way around Magic Kingdom. This is such a great way to rest your feet but you can also use the time to talk to your party and ask what their favorite part of the time spent in the park has been, or even what their favorite Disney memory is.

6. In Tomorrowland, don’t skip over the Carousel of Progress. Other than the fact that it has basically remained untouched since the debut at the 1964 New York World’s Fair, it is also a great reminder of where progress can take you in your own life! 5. Catch a Voices of Liberty or American Music Machine show in Epcot. The talent in these groups will always bring you to your feet at the end of a performance.

4. Grab a drink at Starbucks or a Mickey Mouse ice cream and watch the different street shows and actors in Hollywood Studios. 3. Check out the Behind the Seeds Tour by Living with the Land in Epcot. This hour-long tour of the fish farm and greenhouses featured in the ride is definitely something for those interested in going green or have a love for gardening and natural sciences. The cost is $20 for adults and $16 for children. 2. Walt Disney: One Man’s Dream is definitely something to make sure you have visited at least once during your visits to Hollywood Studios. While walking through the exhibit, you truly feel like you are walking with Walt during his creative process. (“The Good Dinosaur” sneak peek has temporarily taken over the theater but regular screenings will resume on Dec. 5)

1. Lastly, the Rock ‘n’ Roller Coaster. Because you should never NOT ride this if you are in Hollywood Studios. Who wouldn’t want to ride in a SUPER stretch limo to see an Aerosmith concert 😉