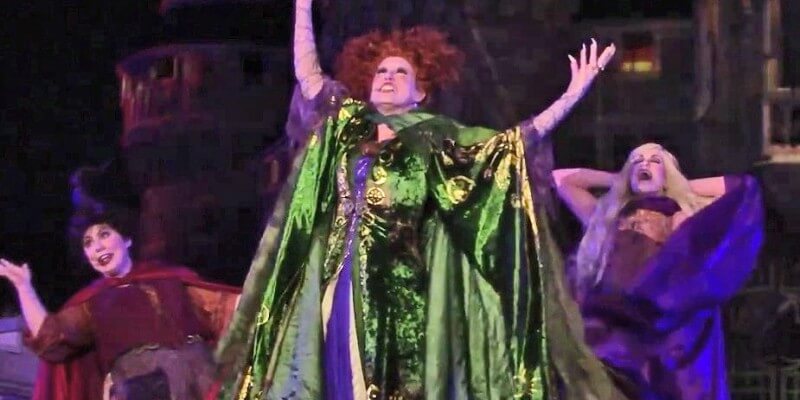 Last night at the first Mickey’s Not-So-Scary Halloween Party for 2015, the Sanderson sisters made their first-ever appearance in a Disney theme park, hosting the musical Hocus Pocus Villain Spelltacular Show in front of Cinderella Castle.

Alongside Disney Villains including Dr. Facilier, Maleficient, Captain Hook, Jafar, and Oogie Boogie among others, Winifred, Mary, and Sarah Sanderson took the stage to cast a spell across the Magic Kingdom, kicking off Halloween season.

Fans were thrilled to see the trio of witches make their debut in the park, which you can watch in these videos:

(Above video by Big Fat Panda, Below by Matt Dobrovolsky)