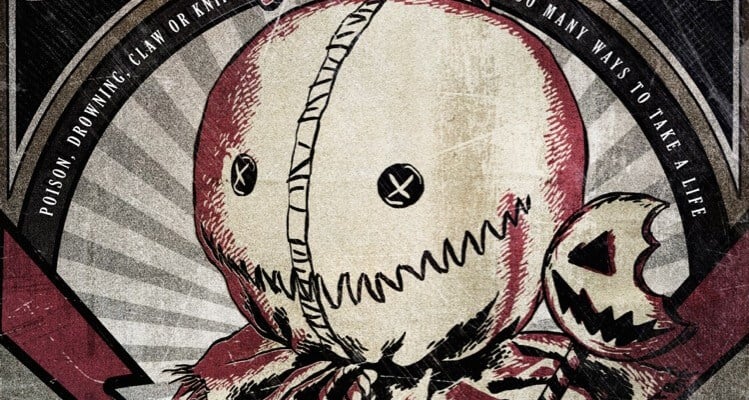 With the highly-anticipated horror movie “Krampus” due out December 4 from Universal Pictures, one might expect it to be featured at Universal’s Halloween Horror Nights this year. But one of the country’s leading independent haunted attractions has landed a partnership that will bring two “legendary” properties to life for Halloween 2015.

ScareHouse in Pittsburgh, PA announced today they have created two all-new haunted attractions based on the twisted imagination of Michael Dougherty, the writer/director of the films “Trick ‘r Treat” and “Krampus.” Krampus: Come All Ye Fearful will feature actual props, costumes, and practical creatures from the “Krampus” film, seen before stepping into an immersive attraction that follows the legacy of Krampus, the iconic figure of dark folklore as old as Christmas itself. The attraction will feature generations of holiday horror and encounters with demonic minions before a final confrontation with Krampus himself. Trick ‘r Treat: Hallowed Grounds is a tribute to Sam, the iconic figure seen in the cult classic film, who represents the true heart of Halloween. Sam will lead guests into a giant black and white pop-up book brought to fiendish life. This attraction follows Sam’s brief appearances in ScareHouse’s The Summoning maze last year:

Naturally, the ScareHouse team is pretty excited about their Legendary partnership, as it’s quite a big deal for an independent haunt to land such large IPs to base attractions on. In addition to the new attractions based on the films Krampus and Trick ‘r Treat, The Summoning returns again this year along with The Basement, the separately-ticketed extreme haunt in which guests must be 18 or older and must sign waiver before entering – as they will be touched, blindfolded and restrained: Comments Off on ScareHouse to debut new Trick r Treat, Krampus haunted attractions for Halloween 2015 in partnership with Legendary Entertainment