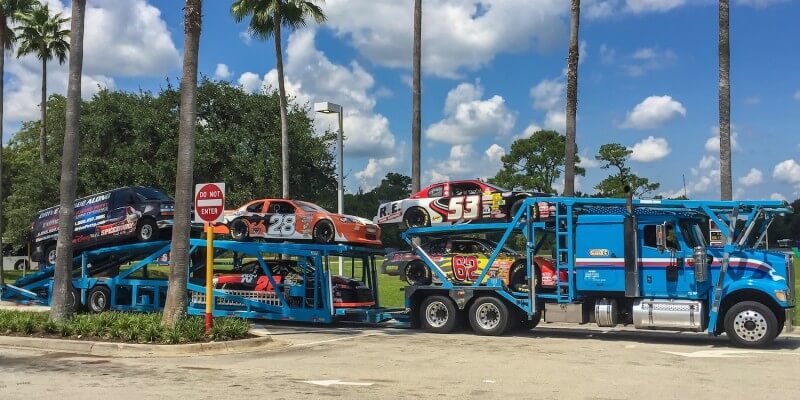 The Walt Disney World Speedway has officially closed its doors for good.

The first signs of its now-permanent place in Disney history emerged this week as race cars from the Richard Petty Driving Experience were spotted being hauled away from the outskirts of the Magic Kingdom parking lot. When plans were first announced for the Walt Disney World Speedway back in January of 1995, the idea was simple; build an Indy racing league circuit that could host major motor sport racing events and a driving experience for the average tourist. The construction took less than a year and by November of that same year, the track was dedicated. With its official grand opening in January of 1996, the first major race to take place on the circuit was The Indy 200 at Walt Disney World. After that initial race, the issues surrounding the speedway slowly started to materialize.

Within its first year, the course was impacted with drainage problems, followed by parking issues of both Magic Kingdom theme park guests and race spectators. With the infrastructure built to a minimum, key elements were used on a temporary basis, most notably the spectator seating. Bleachers would be constructed several months in advance, which took up valuable real estate in the dedicated parking lot for the happiest place on earth during some of its busiest times of the year.

With other problems persisting through the years, competitive racing ended in the year 2000. From that point, the sole purpose of the course was for the driving experiences that took guests behind the wheel, or in the passenger seat, of real working NASCAR vehicles. In 2012, a new offering was made to visitors; The Exotic Driving experience along with a new course. Guests could now have the option to take out high-end exotic cars such as Ferrari’s and Lamborghinis. With the addition of the Exotics Course to the speedway’s infield, this also brought about a new set of complications; the most notable and tragic of these took place on April 13th of 2015 when a 36yo instructor was killed after the driver lost control of the car he was a passenger in during an exotic driving session.

June 28th was the target date for the tracks closure, but Walt Disney World officials extended that to July 1st. After the accident that claimed the life of the driving instructor, state officials temporarily shut down the track pending the outcome of the investigation. The official last day of operations for the speedway was August 9th.

Now, signs have been changed to remove the Walt Disney World Speedway from existence. Disney has released very little information on what the future will hold for the former speedway, other than transportation improvements.