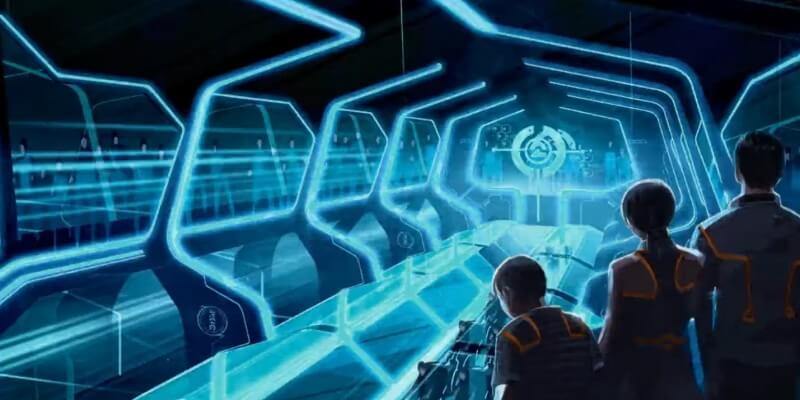 Disney has revealed the first official confirmation that a TRON ride is coming to Shanghai Disneyland.

In a teaser video recently released online, new concept art for the long-rumored TRON roller coaster has been released along with a new peek at the Pirates of the Caribbean themed area. The unusual looking building housing the large scale TRON ride is said to be inspired by the shape of a light cycle. The other released piece of artwork appears to depict the inside of the ride with guests seated on their own light cycles, ready for battle on the Grid. Much more is promised to be revealed from Shanghai tomorrow.