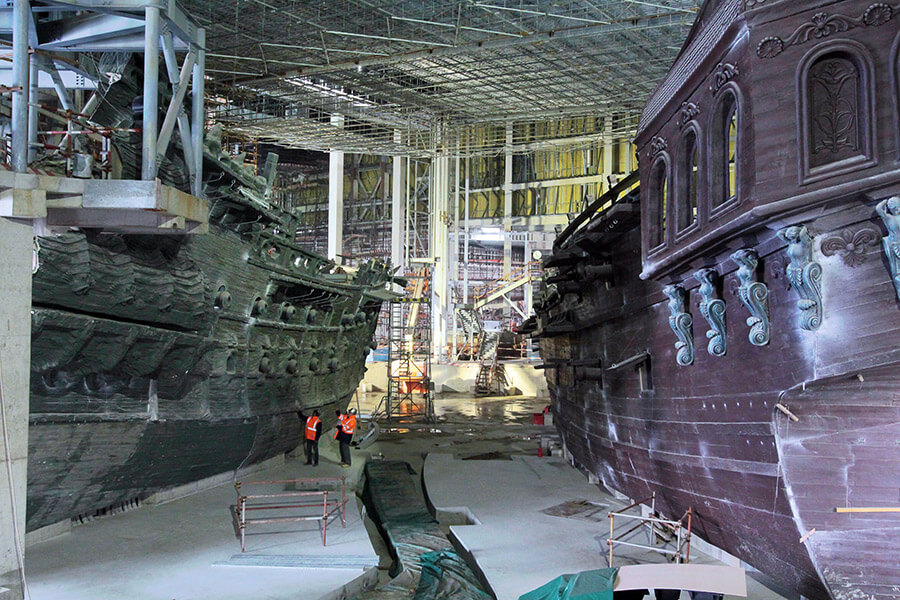 Disney is in the midst of building one of its most unique theme parks to date in China and today they’ve offered a first look the construction of a few key elements of the resort.

Shanghai Disney Resort was set to open later this year, but its opening has now reportedly been pushed to 2016. Disney calls it “one of the most ambitious projects we’ve ever undertaken” and to show just why they’re taking extra time, they’ve released photos of the star attraction Pirates of the Caribbean: Battle for the Sunken Treasure, located in the park’s Treasure Cove land. The is Pirates of the Caribbean on a scale not previously built.

In addition, Shanghai Disneyland Hotel and Toy Story Hotel are under construction, shown off via aerial photos. There’s no doubt this theme park resort in mainland China will be among Disney’s most impressive yet and thus they’re taking some extra time to make it just right, now said to be opening in early 2016.