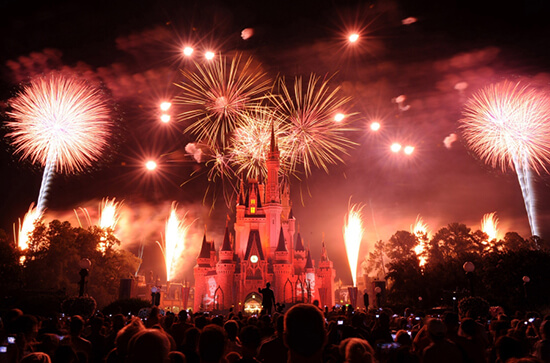 *Magic Kingdom Park – “Disney’s Celebrate America! A Fourth of July Concert in the Sky” rockets into the air above Cinderella Castle. This special, fireworks spectacular will be presented two nights in a row, at 9 p.m. on both July 3 and 4.

*Epcot – On July 4, enjoy a special concert of great American songs by Voices of Liberty at America Gardens Theater, where they’ll be performing at 12:30 p.m., 1:45 p.m., and 3 p.m. You can also meet Chip ‘n’ Dale in patriotic attire outside The American Adventure, and at 10 p.m. that evening “IllumiNations: Reflections of Earth” joins the celebration with the addition of a heart-pounding, all-American grand finale.