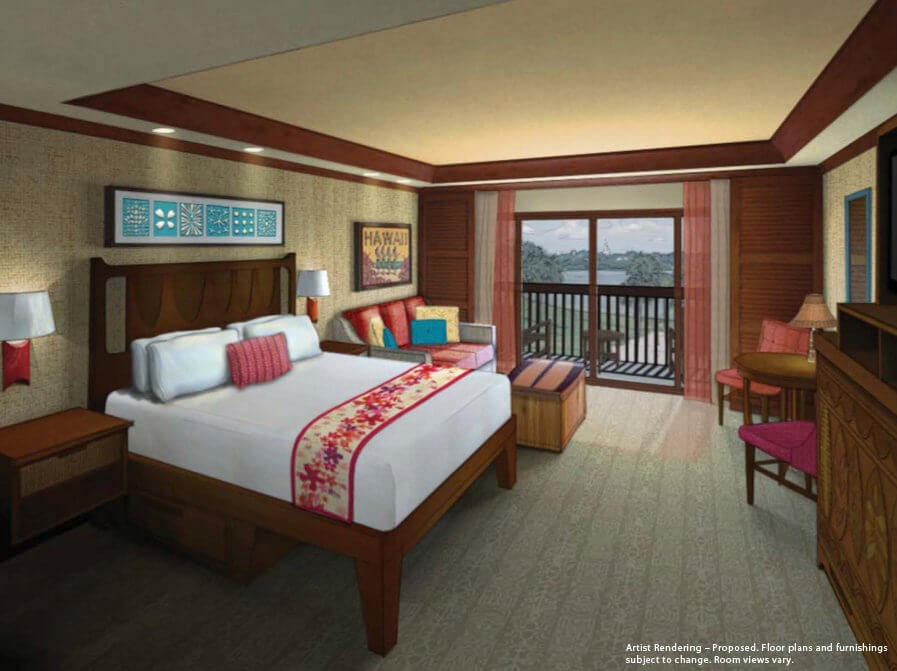 Phase one is set to open in 2015, featuring the first-ever Disney Bungalows. There will be 20 of them, sitting atop the Seven Seas Lagoon alongside the beach, offering unobstructed views of the Magic Kingdom fireworks. Each Bungalow can sleep up to eight guests. Bungalows will also include a “plunge pool.”

In addition, 360 Deluxe Studios will sleep up to five guests each and can connect to another Deluxe Studio. These rooms will have split bathrooms, much like on Disney Cruise Line, with a shower and sink in one half and a sink and tub/shower in the other, plus kitchenettes.