Even fast-moving rides that are over in a few minutes, such as Dinosaur at Disney’s Animal Kingdom, can play host to a large number of tributes, remnants, and inside jokes. There are trivia items about this attraction you may have heard before – an air hockey pusher inspiring a design element on the vehicles, for instance, or the glowing red time travel machinery famously inspired by the innards of an actual toaster. But once you fold in the historical elements, things really get interesting!

Dinosaur began life as Countdown to Extinction, which had a different name but was largely the same experience (the name was changed to provide synergy to the Disney movie Dinosaur). You can find a remnant of this original name on a sign opposite the Boneyard playground, where a map of the land mentions Countdown to Extinction. 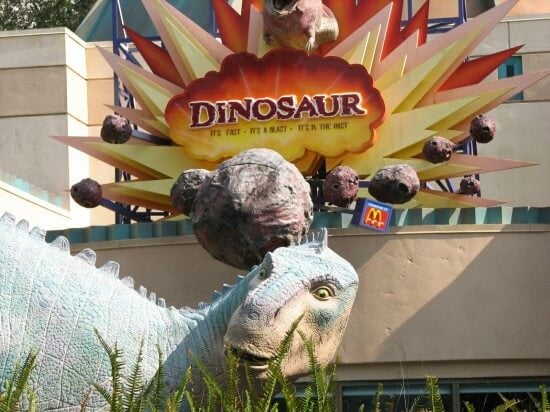 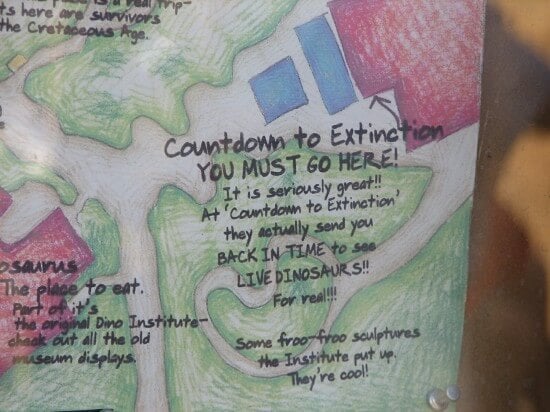 At the front of the attraction, look for a dedication plaque that reads April 22, 1978. This park didn’t open until 1998, so that part is a red herring, but the April 22 is no coincidence. This is Earth Day each year, and as such was the chosen date for DAK’s first day of operation. The sign here commemorates both occasions. 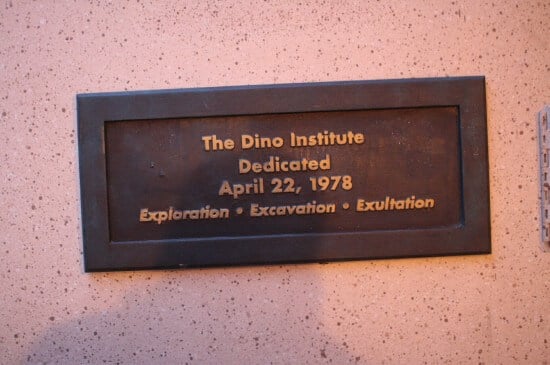 In the queue safety video, look on the far wall of the actors to find a bank of red numerals–a tribute to the “where we’ve been / where we’re going” display in Marty McFly’s DeLorean time machine from the Back to the Future movies. After all, this attraction also dabbles in time travel! 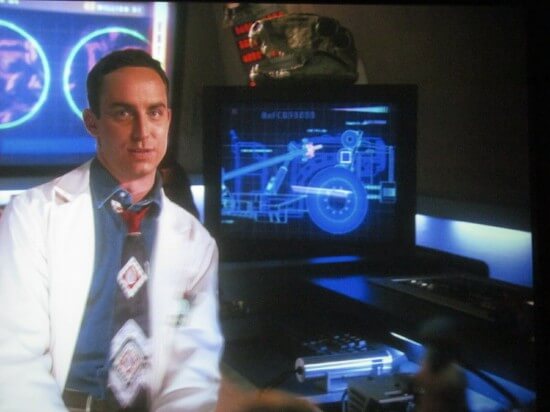 The loading zone contains perhaps one of the most delicious remnants–pun intended–in the form of chemical formulas on red, yellow, and white pipes overhead. These are the formulas for ketchup, mustard, and mayonnaise, making more sense when the attraction was still sponsored by McDonald’s. The McDonald’s sponsorship money, and the signs all around the attraction, are long gone now, but the chemical formulas for the condiments are still there and lined up on colored pipes that imply which is which. 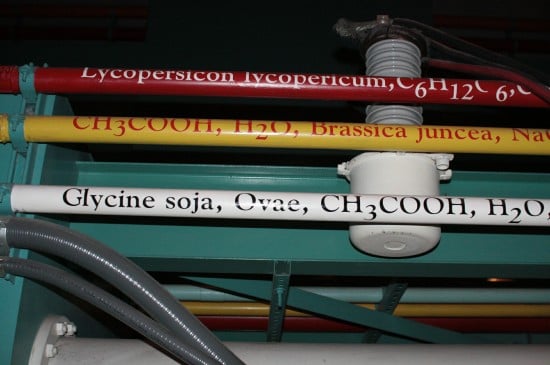 The far wall of the loading zone contains the letters CTX-WDI-AK98, Countdown to Extinction, Walt Disney Imagineering, and the 1998 opening year of Animal Kingdom. 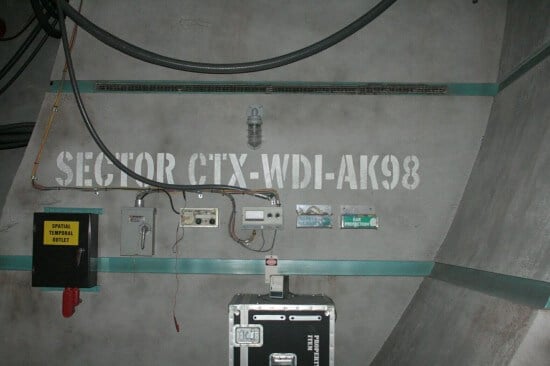 As the ride begins, pay attention to the glowing red tubes of the time portal. These are scaled-up versions of what they built for the concept model of the attraction…which had been assembled using whatever was handy, including the innards of a bread toaster! 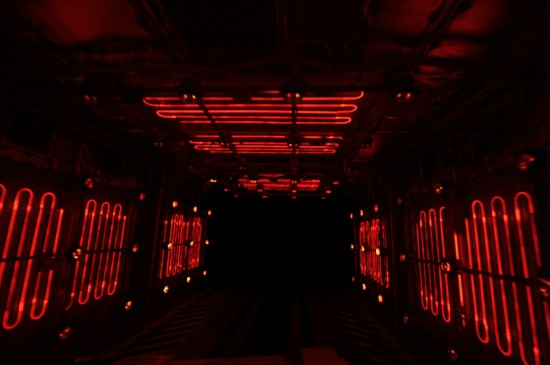 At the end of the ride, our narrator Dr. Seeker says, “I’m glad you made it back! And look who made it with you.” As he says this, riders see themselves reflected in a large mirror directly overhead and see a small television monitor showing an iguanodon roaming corridors. The mirror is the remnant. Originally, designers wanted to do some optical illusion to see our own ride vehicle AND the iguanodon, but they couldn’t make it work. To give visitors something to look at, as our narrator claims someone made it back, the smaller TV monitor was installed as well. 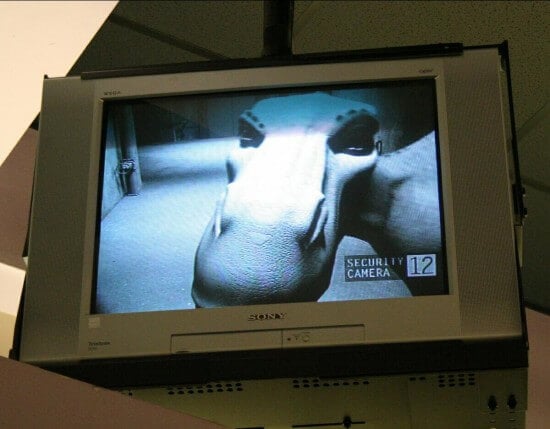 In the gift shop, look up at the large turtle skeleton. This is one of several reproduction dino skeletons that was used in an early attraction called Dinosaur Jubilee. Essentially a large tent with dino skeletons on display for a walk-through, Dinosaur Jubilee once stood where Chester and Hester’s Dino-Rama now offers carnival thrills. 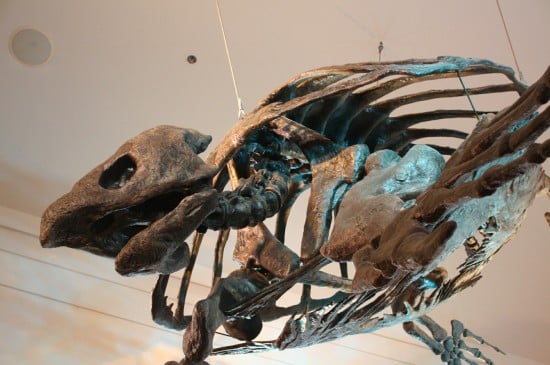 Related : Disney guests evacuated off Dinosaur after attraction breakdown–see the lights on!

If you like D-Tales, you’ll love Kevin Yee’s Walt Disney World Hidden History (second edition, 2014). This softcover book tracks Disney’s “hidden history” — remnants of former attractions and tributes to Imagineers and other Disney officials — hiding in plain sight in the parks. There are over 300 entries in the book!

Whether tribute or remnant, each item discussed starts with something visible in today’s parks; the idea is that this is something you could visit and see with your own eyes and then appreciate the historical thinking behind it. Since most visitors aren’t local, the book includes a photo of every item discussed so you’ll know what to look for.