Disney's Animal Kingdom reopens DINOSAUR ride with a fresh coat of paint and technological upgrades! - Inside the Magic 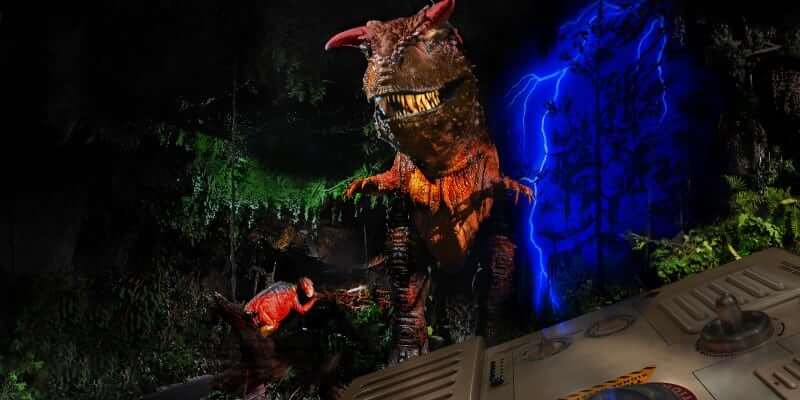 Animal Kingdom guests were in for a pleasant surprise the other day when the popular ride DINOSAUR re-opened with a fresh coat of paint. Literally!

The ride had closed down some months ago for refurbishment, and I’m sure we could all agree that it needed it. Animatronics were constantly breaking down, some of the lighting was a little janky (ya know…the professional word for it), and that deterioration really hindered the ride experience for those who had been enjoying plowing through the Cretaceous period in black light since the park opened.

I’m sure you could all understand how nearly impossible it would be to get some solid pictures while riding the ride, so you will just have to take my word for all of this: the updates help. They are very minor if you haven’t been riding it over and over since childhood — it’s personally one of my favorites on Disney property — but there’s no denying a lot of extra love when into adding a new layer of polish to the already exciting experience. 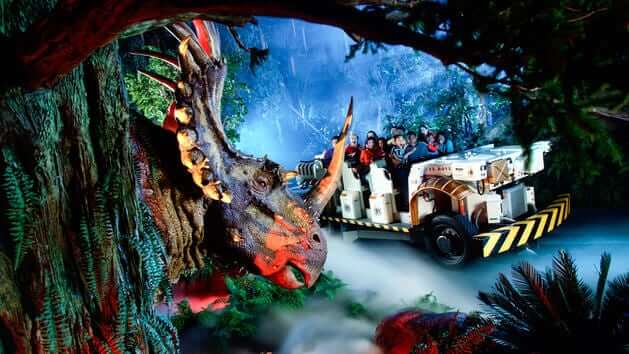 It also looks like the dinosaurs themselves have been given a paint retouch, and have been reworked to function as they should. There wasn’t a broken-down dino in the entire experience, and it took a ride-through on the revamp to really appreciate how much those broken animatronics really bogged down the journey in previous years. Things like this are most noticeable on the big, bad Carnotarus, who’s scales look particularly “poppy” in the black light. We haven’t received confirmation on whether new paint was actually added to the models, and for all we know, the blacklight could’ve just been cranked up. Either way, these dinosaurs have presence that they haven’t had in years.

The most noticeable difference however, is the Compsignathus scene — the moment in the ride where guests would see awkward little dinosaurs leaping over their heads attached to strings. Gone forever are the strings, and they have been replaced with very strategically-placed screens that show the jumpy reptiles leaping over fallen rubble and tree trunks. This is the perfect example of an idea that worked well back in the day, but finally got a serious upgrade that it needed years down the line.

While many guests won’t notice the changes to DINOSAUR, the enhancements were completely necessary and help bring back that old familiar feeling of when the ride would run like clockwork. Now, it doesn’t just run like a (super tumultuous) dream, it’s the ride we’ve deserved all along. You owe it to yourself to make a return trip to The Dino Institute — just make sure you bring back that “extra large” passenger!