Grimly is executive producing and art directing the special, bringing his own love for the classic Disney ride to TV screens. Though Disney won’t allow him to reveal too much about the special just yet, he did offer some hints about what it will be like whenever it airs (no date announced yet). 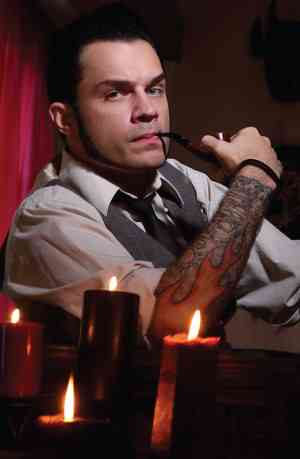 GRIMLY: I’m a huge Haunted Mansion fan. So when I was asked to develop a Halloween Special for Disney Television, it didn’t take much convincing.

What’s your art background? How did you develop your style?

I grew up wanting to illustrate comic books. But I found myself in a career as a children’s book illustrator instead. So I had to adapt. I guess my style was developed because I had comic book influences that I altered to fit in the confines of what is appropriate for young ages. That is why I have a dark yet whimsical style.

How much of your style will be recognizable in the Haunted Mansion series?

My work is appropriately creepy and compliments the tone of the ride.

You’ve appeared at Downtown Disney for your ACME Star Wars pieces – What feedback did you get from Disney and Star Wars fans?

Some people love my interpretations, and some people think they’re weird. But that has always been the response I get when I alter popular characters. 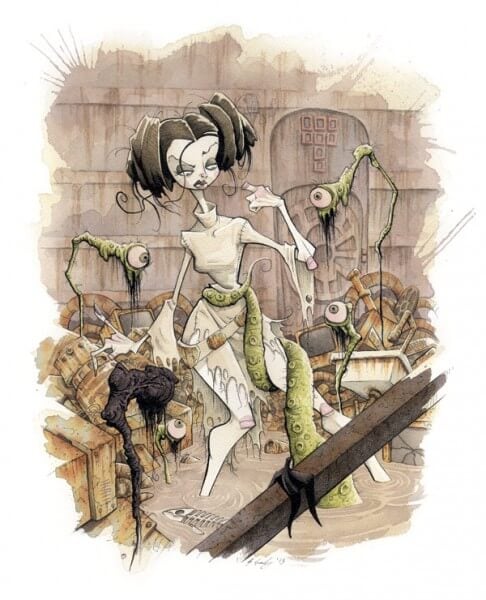 Your website has a disclaimer that some themes may not be suitable for younger children. How have you had to modify your style to meet Disney’s family-friendly standards?

I’ve been really impressed with what Disney Television Animation has been doing and where they are heading. They are bringing back that artistic edge that made them who they are today. My style fits perfectly here.

What art project that you have completed are you most proud of?

Everything has been a milestone in my growth as an artist. I don’t think I can narrow it down to just one.

Find more Gris Grimly’s work on his website, Mad Creator Productions, and meet him in person this weekend, August 9 and 10, at the ScareLA convention in Los Angeles. 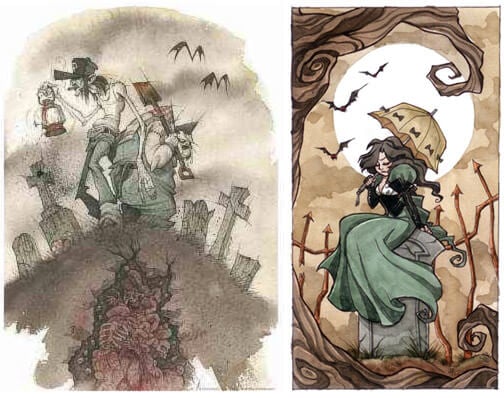