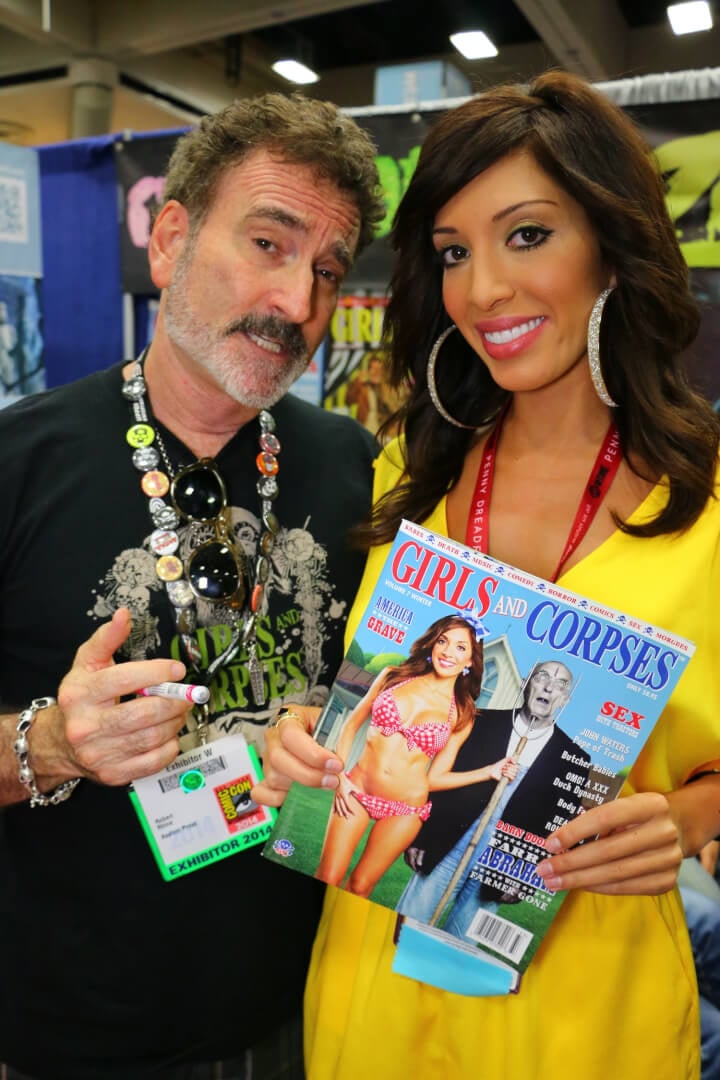 Though longtime host of “The Twilight Zone” Rod Serling died long before Disney created their famous Tower of Terror ride, he still appears in the attraction. Through a bit of Hollywood magic, some pieces of actual footage of Serling were used to place him in the pre-show video. But there are moments in the ride where Serling is seen that isn’t actually him.

Enter Robert Steven Rhine, a lookalike who actually knew Serling as a child. Today he runs “Girls and Corpses Magazine,” but still fondly looks back at his days portraying the television icon for Disney, which he discusses in the interview below at San Diego Comic-Con 2014. Rhine was at SDCC promoting his magazine alongside “Teen Mom” Farrah Abraham, who recently appeared in an issue. Rhine will appear at the upcoming ScareLA convention with “House of 1,000 Corpses” star Sid Haig.

More about Rhine and his magazine can be found on his web site.