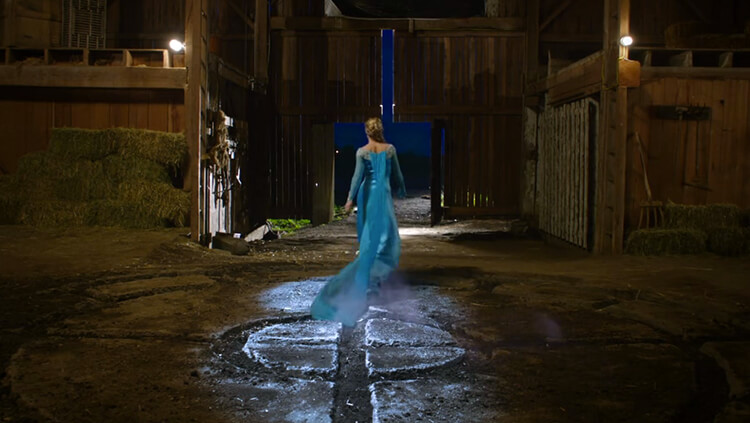 As ABC’s hit TV show “Once Upon A Time” heads into its fourth season, casting has begun for the “Frozen” characters that will be an integral part of the story.

At the end of season 3, Elsa briefly appeared, much to the surprise of both fans and the rest of the cast. But the Queen of Arendelle had not yet been cast for that role, her face absent from the show. Now TVLine is reporting the details of the “Frozen” casting that has begun, which they say will include around 9 episodes featuring Elsa, some of which will also feature Anna and Kristoff, all in live-action roles. It’s not clear if Olaf will appear, but a “no comment” they received indicates it’s a possibility.

Elsa’s casting description is as follows:
The Queen of Arendelle, this late-20s/early-30s beauty long struggled to control her “chilling” powers and even unleashed upon her town an eternal winter during her coronation. Ultimately, she realized that the key to controlling her powers is love — namely, her bond with sister Anna — and now she is aware of the threat she poses if she were to lose control of her magic again.

Visit TVLine to read Anna and Kristoff’s descriptions and more details as well.

Here’s what “Once Upon A Time” stars said about “Frozen” coming to the show at a recent Orlando convention: