Disneyland is a marvelous place to visit for all ages. To keep Guests coming back, it also needs to be ever-changing, just as Walt Disney promised. But those changes, some real and many more rumored, often spark heated discussion amongst Disneyland fans in this online world.

Ever since Disney California Adventure completed its big expansion and makeover with the opening of Cars Land and Buena Vista Street, many fans are left wondering what’s next for the resort’s original park, Disneyland. Rumors quickly run rampant across fan sites, writing about projects they claim are moving forward – like Tomorrowland becoming Star Wars land, Big Thunder Ranch becoming the Land of Oz, or attractions based on Marvel Comics properties becoming major attractions. They are all just rumors. Disney has not announced them. But those rumors still spark lots of debate.

Discussing whether or not more attractions based on Star Wars are coming is a moot point to me. I worked on the original Star Tours, which has been there since 1987. In addition, the Jedi Training Academy has been engaging young Disney visitors to use the Force for many years. Now with more films on the way, it’s really just a question of what and when not if.

Land of Oz rumors surfaced as the “Great and Powerful” film opened and have not died off since, though not as many of those rumors seem to be making the rounds online.

But the Marvel rumors seem to be the ones that cause the most angst among many fans. “It’s not Disney” and “it doesn’t belong at Disneyland,” they write across forums. Yet many of those fans are also fans of Marvel’s highly successful movies. The popularity of those movies is hard to ignore, so, again, it’s probably more of a question of timing when something major will happen in the parks.

That leads to an observation: Are the new and upcoming smaller exhibits of Marvel film items in Disneyland’s Innoventions part of a larger plot – a plot worthy of the many story turns found in Marvel’s movies and comics?

Think about it. First, Disneyland installs a small attraction inside Innoventions featuring various Iron Man suits, even allowing Guests to “wear” them through the use of some Disney magic. (Consequently, rumors of a “Stark Expo” coming to Tomorrowland emerge.) 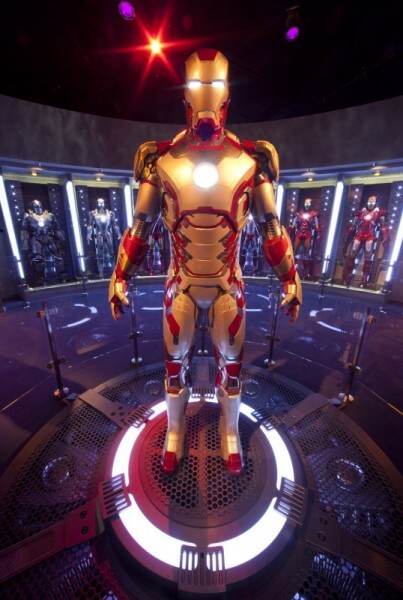 Then with the release of the “Thor” movies, enter an attraction about Asgard nearby in the same building, complete with a photo opportunity for Guests with the God of Thunder himself. 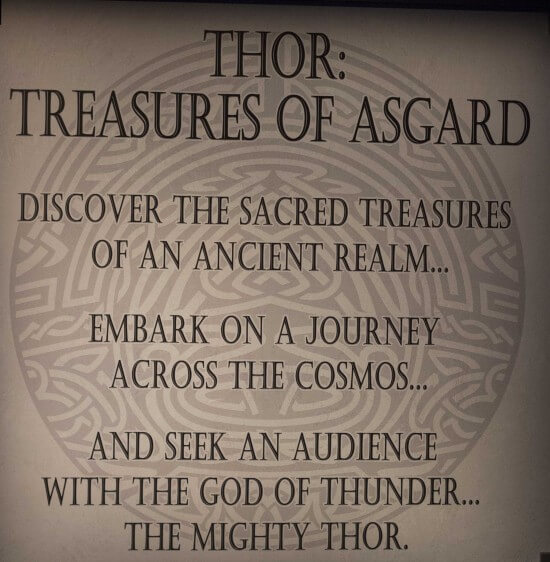 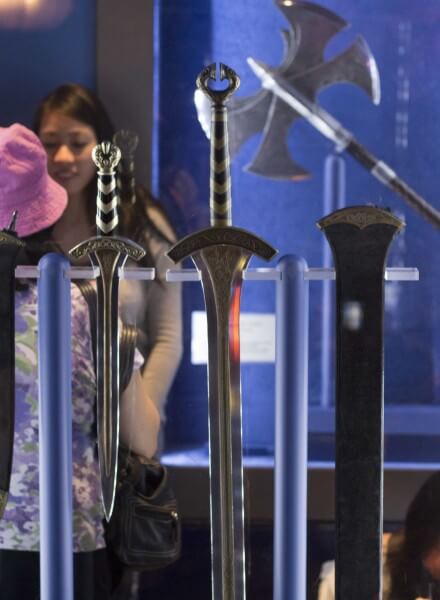 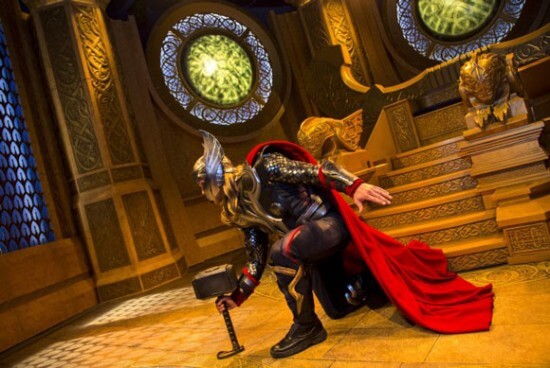 Now Disney is ready to open another small attraction, yet again in the same building, this time featuring Captain America. It’s scheduled to open on March 7, with Annual Passholder previews March 1-6, under Captain America’s name: The Living Legend and Symbol of Courage. Naturally, it’s arriving just in time for the next movie’s release in April. 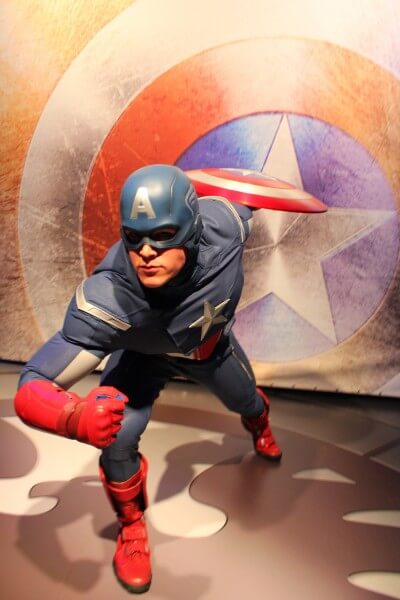 So here it is, a plot complication and an opinion on my part…

Are these mini attractions just simple movie tie-ins or part of a longer-term plot as convoluted as those contrived by the Mandarin? Or is it possible that Disneyland has contrived this to get the fan universe to slowly accept the idea of Marvel-based properties showing up inside the park?

Many of those fans that end up foaming at the mouth about it are also those first in line to see the new Marvel attractions. What’s most interesting is those same fans basically ignore all the other long-standing exhibits inside Innoventions.

If the slow rollout is indeed leading to more attractive Marvel attractions, then it is indeed an elaborate plot on Disney’s part. Personally, I would love not only to see Marvel in the park but more Star Wars and a way to visit the Land of Oz – alongside anything else new that Disneyland offers. Marvel and Disney are now among the most widely beloved parts of The Walt Disney Company, whether fans can immediately accept it or not. Guests will expect to visit these universes when taking their vacations.