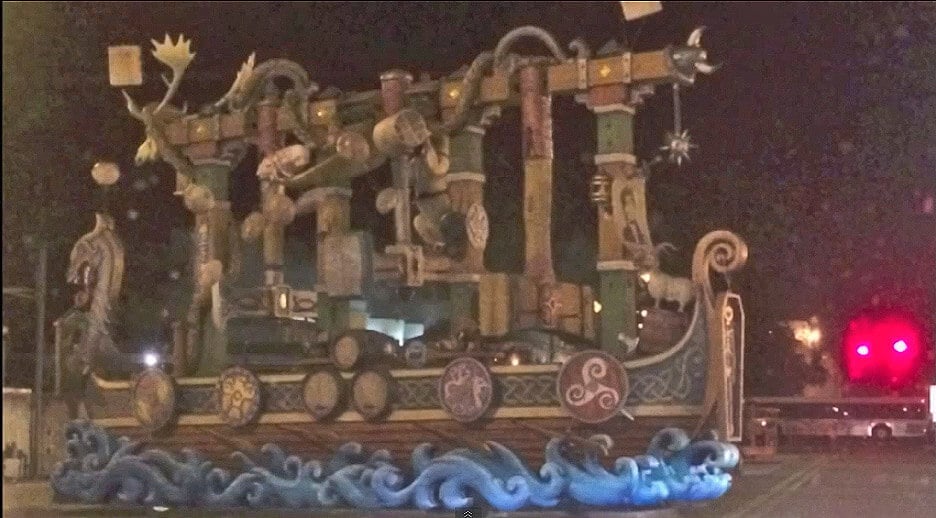 Backstage photos have popped up online showing two of the new Festival of Fantasy parade floats arriving to the Magic Kingdom, readying for their debut as part of the new daytime in mid-March.

The two floats spotted are for the “Tangled” and Princess units: Without proper lighting the images are rather dim, not nearly showing off all the detail in the floats’ design. But they do give a good idea of how interesting this new parade will be, especially when viewed in comparison with the previously released artwork: Of course, the Princess float may seem familiar to some Disney fans. It’s borrowed from Tokyo Disneyland, formerly seen in the Jubilation parade: Other Festival of Fantasy parade floats will include “The Little Mermaid,” “Sleeping Beauty,” “Dumbo,” “Pinocchio,” “Peter Pan,” and “Brave.”