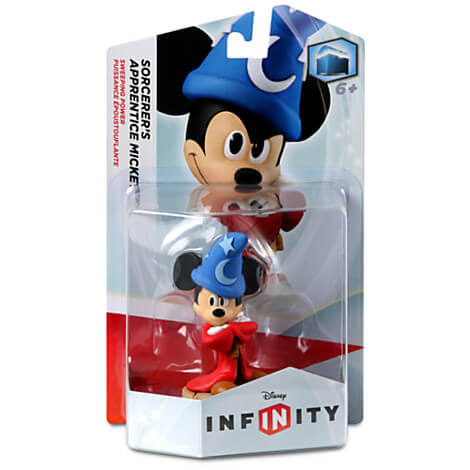 Disney Interactive has kept the momentum rolling on their Disney Infinity video game, popular since its August 2013 release. This year, they’re promising new interactive figures, releasing more Toy Boxes, and revealing a new live-action web show to show it all off.

Sorcerer Mickey first debuted at the 2013 D23 Expo, with a few thousand lucky attendees becoming the first to receive. Now in 2014, the figure is finally hitting store shelves. Next up is a 2-pack featuring Phineas and Agent P in the spring. After that? It’s anyone’s guess. There are more figures on the way but Disney hasn’t announced them yet. Today, Disney Interactive has released the winners of the Disney Infinity “Disney Parks” Toy Box challenge. Players were tasked with re-creating favorite Disney theme park attractions and the winning designs include multiple attractions inspired by Fantasyland, drift down Typhoon Lagoon and go on a thrilling ride through Space Mountain. This week’s two winning Toy Boxes are unforgettable versions of the popular Indiana Jones and Tower of Terror attractions.

Indiana Jones – Foolish mortals! You looked into my eyes! Escape Mara’s wrath in the Temple of the Forbidden Eye. Tower of Terror – One stormy night long ago, an elevator door opened into a nightmare. That door has now opened again for you! Space Mountain – Blast off on a high speed rocket through the darkest reaches of outer space. Ride the Typhoon – Head down to Typhoon Lagoon to battle with sharks, ride the waves, race down the rapids and drift along the lazy river. Fantasmic! – Save Mickey’s imagination from the Villains by rescuing all of the Hidden Mickeys.