It’s been more than two years since Walt Disney World first announced a partnership with director James Cameron and his filmmaking team to bring the worlds of “Avatar” to life at Disney’s Animal Kingdom. Since then, many onlookers have scratched their heads, wondering why this particular movie is becoming a major expansion of the 15-year-old theme park.

Finally, under construction, the reasons and inspiration behind bringing the land of Pandora to Walt Disney World were explained yesterday during a presentation to Cast Members by Imagineer Joe Rohde and movie producer Jon Landau in conjunction with a film screening. 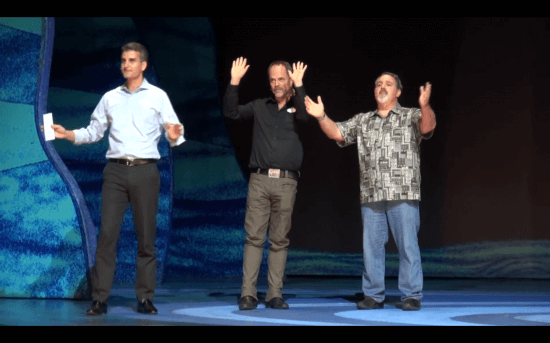 It’s not the first time a James Cameron film has reached a theme park. Terminator 2: 3D has been a staple attraction in Universal Studios parks for many years. But this “Avatar”-inspired land is different, meant as something much more than a flashy 3D movie.

“Just the same way that we wanted to use technology to break new ground and tell new stories with the movies, that’s what Joe and his team are creating here, not just in Pandora but throughout the park,” said Landau. “And I look forward to pressing things, pushing technologies, and really giving Guests an unprecedented themed experience.”

Rohde calls the partnership a “once in a lifetime opportunity,” strongly emphasizing that the values that already exist behind everything experienced in Disney’s Animal Kingdom exactly match those that drive the story of “Avatar.” “This is an extraordinary opportunity coming at us very quickly, for us to take the core ideas of this park and express them to the country and the world in an illustration through ‘Avatar’ that is so incredibly vivid that it will bring added value to the entire place.”

Joe Rohde was the lead designer of Disney’s Animal Kingdom, and though on the surface the park appears to be a bunch of rundown-looking buildings surrounded by winding paths a whole lot of trees, there’s a much deeper story to be found within it. 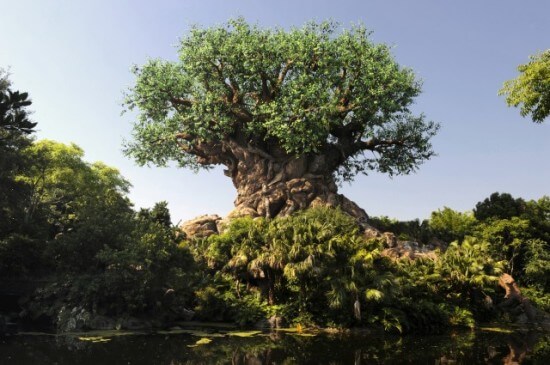 There’s the value of nature, which Rohde explains as being “more powerful and more valuable value than anything else you see around.” The park offers a transformation through adventure, in which park Guests can experience something they’ve never seen before and grow from that experience. Lastly, there’s a personal call to action that regularly makes Guests the center of attention. 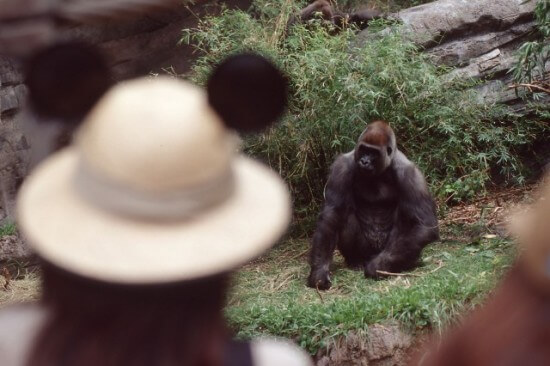 As Rohde sees it, “Avatar” shares these same three elements with the park. “The underlying value of this film fits squarely on top of the values of Animal Kingdom, and it’s not just kind of a nice fit; it’s actually an extraordinarily smooth and unambiguous and vivid expression of the underlying value systems. Of the park.”

The decision to build Avatar land inside Disney’s Animal Kingdom was not up to James Cameron nor Jon Landau. It was Disney’s idea. “For Jim and I, it has been a collaboration,” recalled Landau. “We didn’t know what it was going to be like, and they have really opened up their doors, their resources, and let us share our ideas. […] They made a conscious decision to put us here at Animal Kingdom, and I am so thrilled by that.”

Though the details of what exactly is being built in the “Avatar”-inspired area are still rather sketchy, Landau did share a summary of the overall scope of what’s to come. 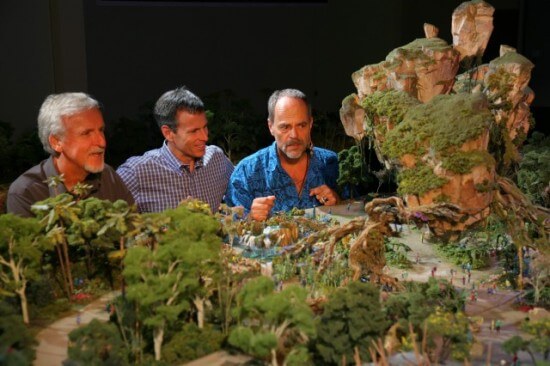 Landau did specifically mention a few sights that Guests will see when the land makes its debut.

Finally, after several years of lofty talk, construction on Avatar land is now underway. A groundbreaking ceremony was held recently, which included Rohde, Landau, and other top Disney executives.

This is the moment Rohde gets most excited about. “For me, the groundbreaking moment – you know, I like to build things,” explained Rohde. “It’s all fine to talk. We’re going to do this, and we’re going to do that, blue sky and pictures and meetings – I want to build stuff. That’s what I’m here to do.”

Now the daunting task lies ahead for Disney’s Imagineers to actually follow through on their plans and create an area that will live up to everyone’s expectations. Rohde says the whole construction project is “really intimidating because it’s really technically mind-bogglingly hard to do – but fascinating.”

Avatar land is scheduled to open at Walt Disney World in 2017.

You can watch the presentation given by Joe Rohde and Jon Landau in the video below, courtesy of Big Fat Panda:

Related : Unearthing Pandora, Part 1: Why ‘Avatar’ at Walt Disney World? How Imagineers made the connection

CLICK HERE to shop Avatar Merchandise only on ShopDisney.