It’s been roughly five months since Disney opened its first Starbucks location inside a theme park at the Disneyland Resort in California and now Walt Disney World has revealed plans to add two more locations, one in the Magic Kingdom and the other at Epcot.

At the Magic Kingdom, on Main Street USA, the Main Street Bakery will close in January 2013, reopening as a Starbucks location a few months later, in early summer. Inside, an early 20th century look will be retained through the location’s theme and Cast Member costumes. At Epcot, the Fountain View will close in March 2013, reopening reopen as a Starbucks location sometime midsummer. Costumes here will be in line with the “futuristic theme” of the park.

Each will be a fully functional Starbucks location, including all the usual beverages, baked goods, and sandwiches, with more locations on the way “soon” for both Walt Disney World and Disneyland. The Main Street Bakery will continue to serve Disney menu items as well.

UPDATE (11/13/12): In response to fans’ concerns and complaints regarding the changes coming to the Main Street Bakery, Disney has clarified exactly how Starbucks will be integrated:

Here’s some additional information about our Walt Disney World Resort Starbucks locations. The Main Street Bakery will keep its name and theming when it reopens in early summer. It’ll also continue to serve Disney favorites like cookies, brownies and seasonal cupcakes, in addition to Starbucks signature beverages and other items. And for those of you who asked in comments, the cinnamon rolls are available at Gaston’s Tavern in New Fantasyland, and the ice cream sandwiches are available at Plaza Ice Cream Parlor on Main Street, U.S.A.

The Starbucks inside the Disney California Adventure theme park has been successful since its opening within the Fifer and Practical Café in June 2012, featuring prices in line with most other Starbucks locations throughout the country. Signage in the area is minimal, indicating the location features Starbucks products but not overwhelmingly advertising it as such. The same will likely be true for the Main Street USA and Future World locations, keeping with their themes. 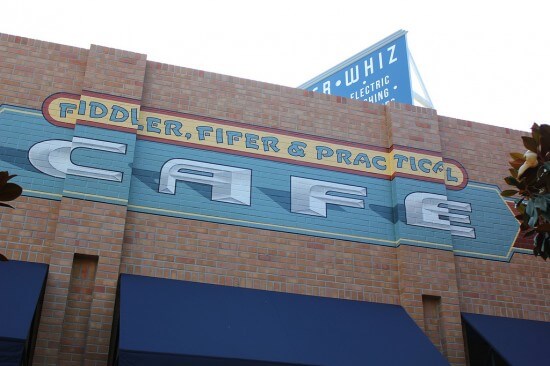 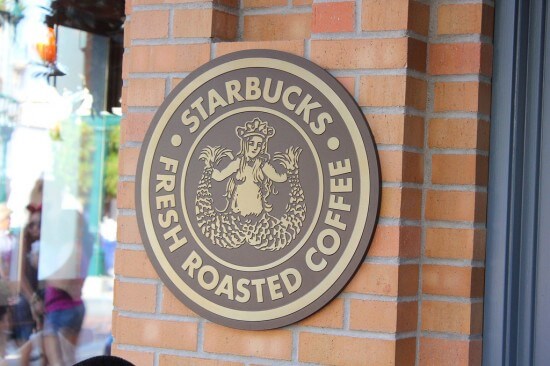 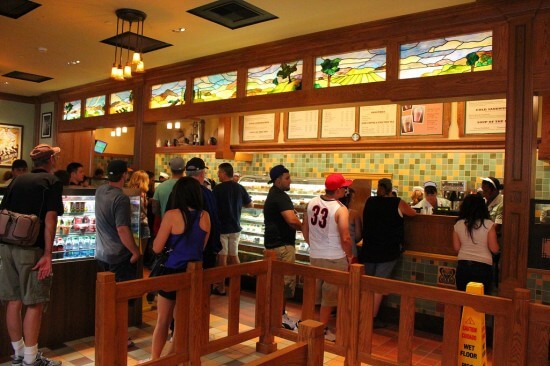 (And no, the mermaid logo at the top of the post isn’t really used by Disney or Starbucks, but we still like it.)