As Cast Member previews continue showing off the new Cars Land expansion to Disneyland Resort employees, excitement levels are building amongst fans, anxious for construction walls to come down next week. But in an effort to keep much of the large new area under wraps until paying guests have a chance to see it soon, Disneyland has prohibited photography, recording, and even social media interaction from those Cast Members who are visiting early.

Fortunately for those eager to see what’s happening in these final days of testing, Disneyland has released an extensive series of photos revealing the three new rides that are featured within Cars Land: Radiator Springs Racers, Luigi’s Flying Tires, and Mater’s Junkyard Jamboree. The latter two have been seen in recently-released videos, but Radiator Springs Racers has been kept largely under wraps – until now.

The new photos offer a glimpse into the indoor areas of the E-ticket attraction, featuring many familiar characters from the “Cars” universe in Audio-Animatronics form, as well as the huge rock work that surrounds the outdoor portion of the ride, impressive by day and jaw-dropping when lit at night. No captions are needed to describe the photos below, but anyone wanting to be surprised by the ride’s scenes should look away now and head to Disney California Adventure on or after it all grand opens on June 15, 2012. 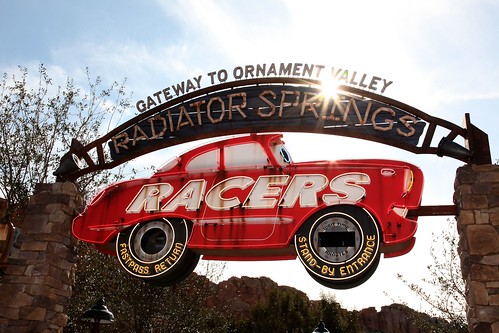 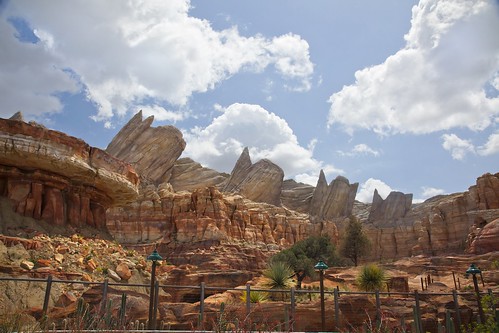 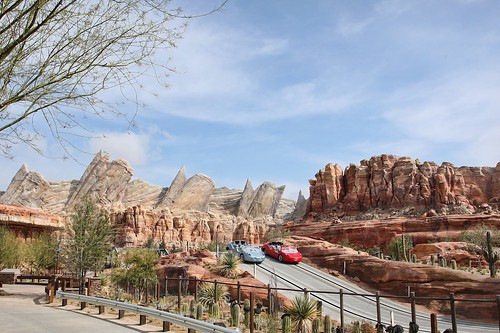 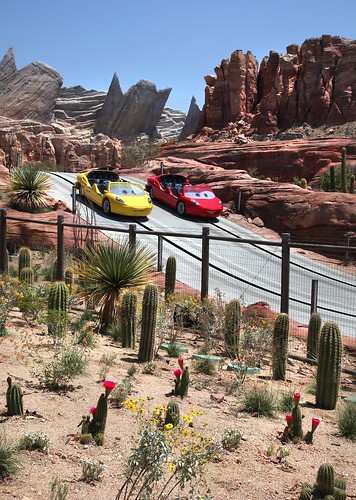 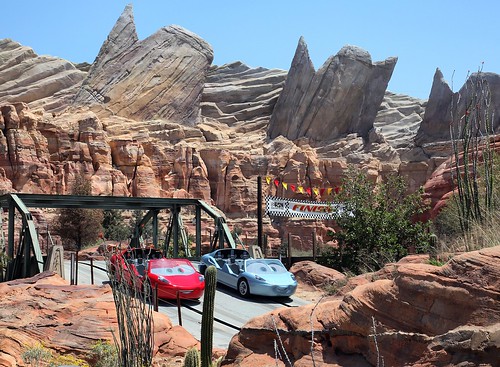 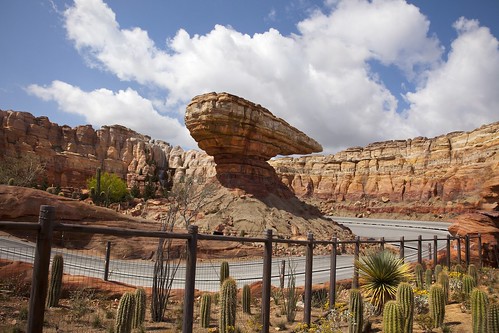 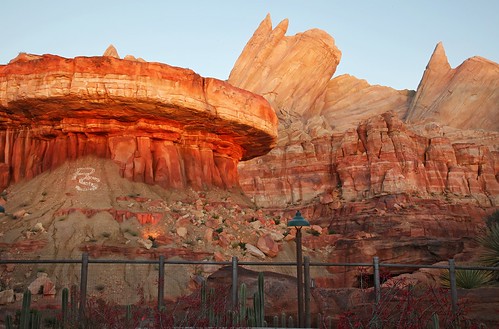 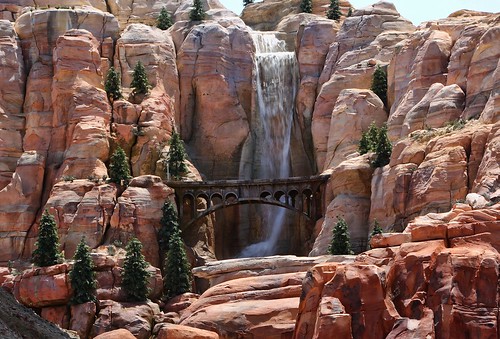 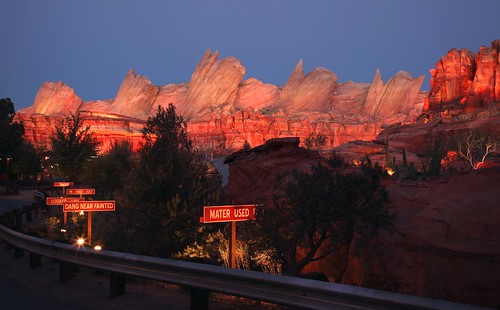 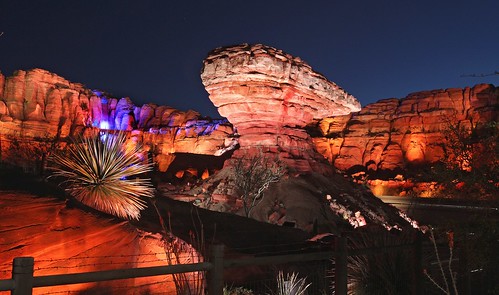 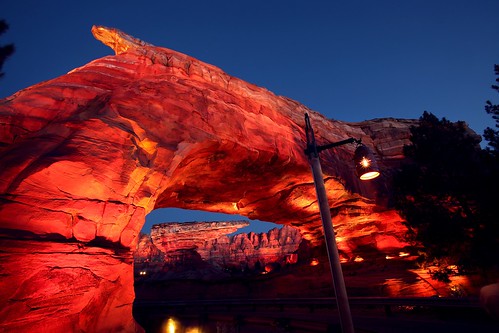 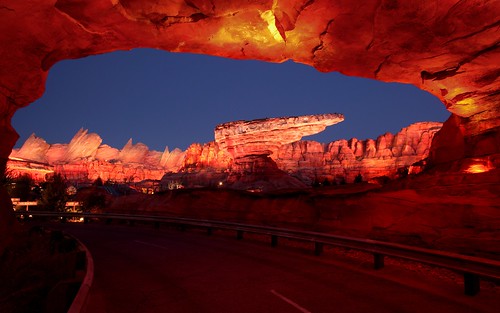 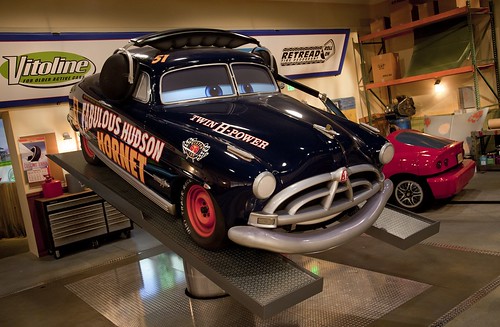 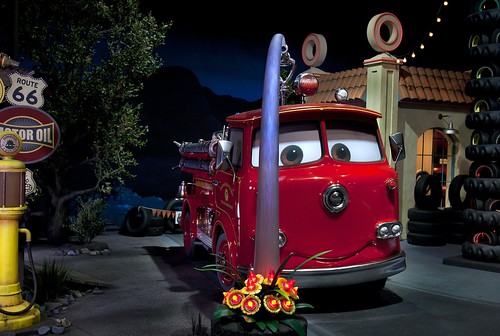 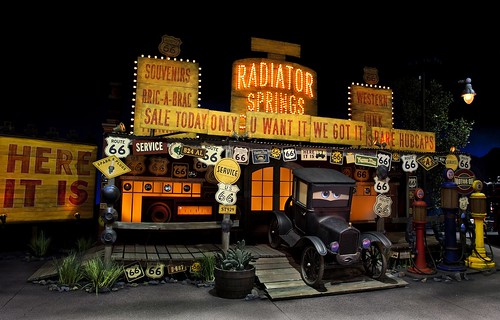 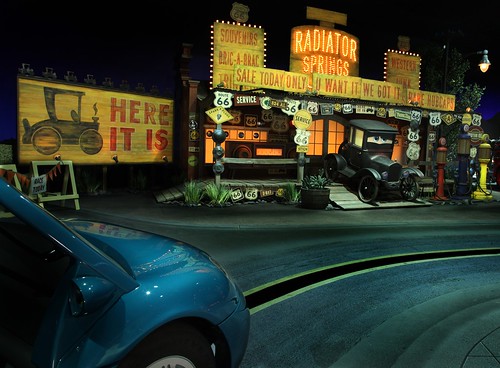 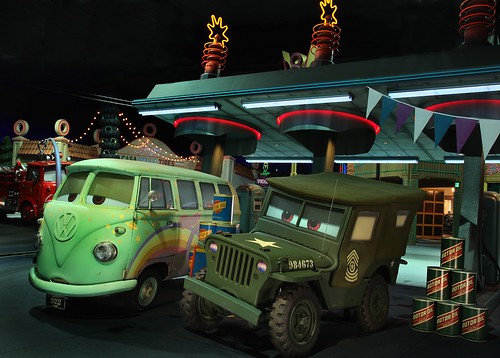 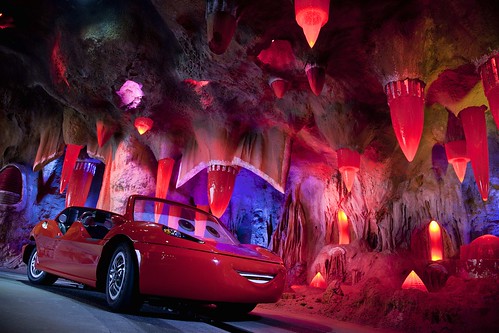 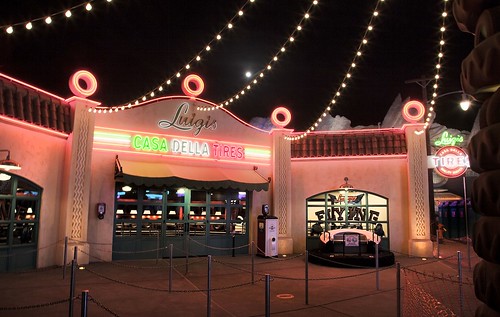 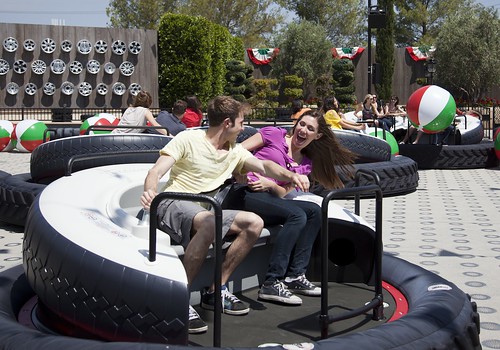 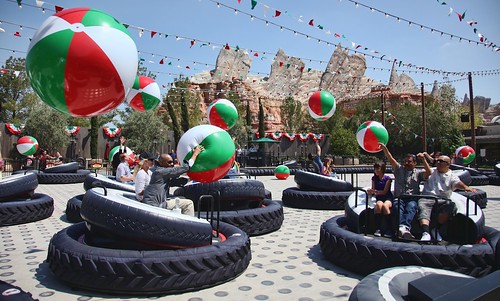 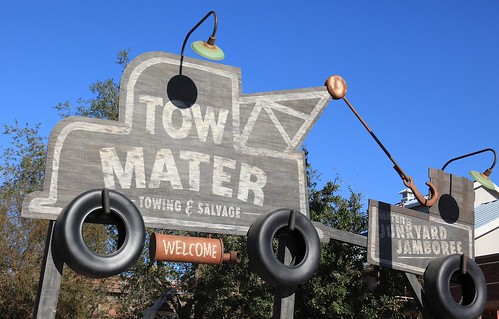 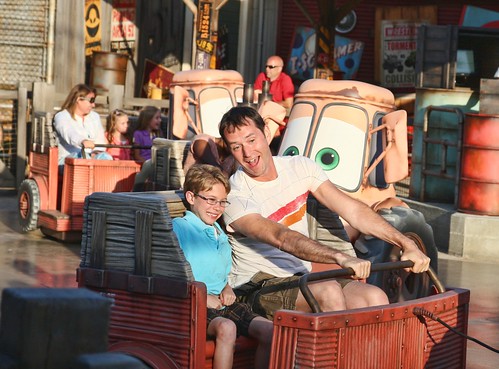 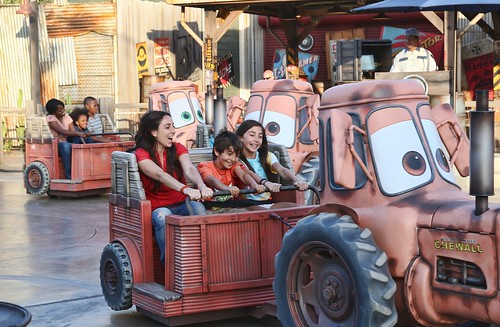 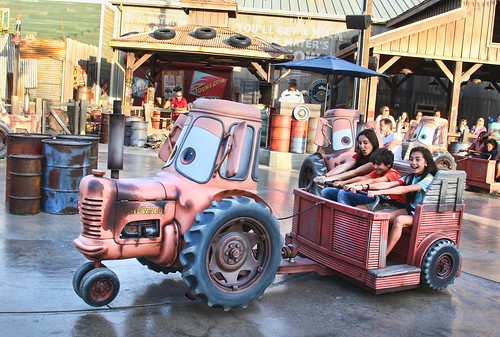 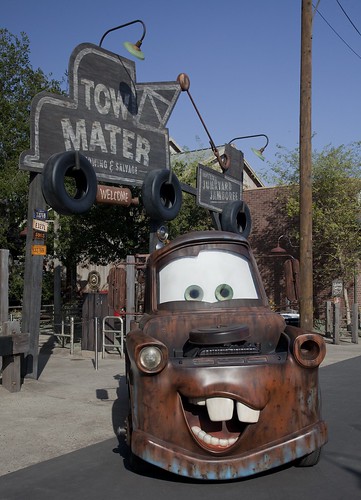