After months of rumors, Disney today officially announced a “new role-playing adventure” dubbed Sorcerers of the Magic Kingdom. The interactive experience, similar to the Kim Possible World Showcase Adventure at Epcot, will allow guests to “become apprentice sorcerers” and use maps and clues in missions around the theme park.

Merlin the magician will be the experience’s host, “recruiting” guests in a virtual battle against famous Disney villains.

Construction has already begun for Sorcerers of the Magic Kingdom in Adventureland, with a number of new crates and mysterious key holes appearing, along with plenty of hidden speakers, cameras, and other interactive elements. (DiscussionKingdom.com has an excellent photo round-up of the features that have already been installed in the park.)

Sorcerers of the Magic Kingdom is set to make its debut in early 2012, but today Disney shared the first artwork for the upcoming experience: 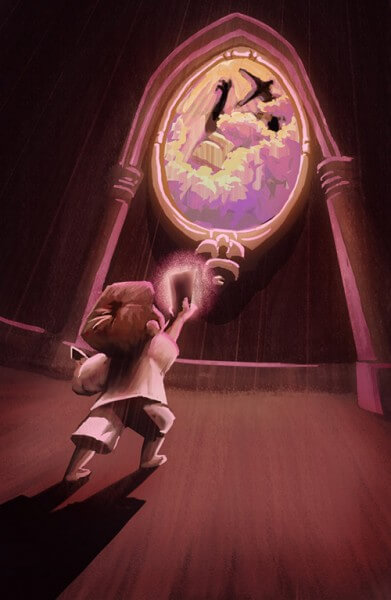 The artwork appears to depict a boy “battling” Maleficent in dragon form from within a magic mirror of sorts. While this particular scene may or may not be part of the ultimate experience, it gives an idea of the type of interaction that will be included.

And here’s the official logo for the adventure: 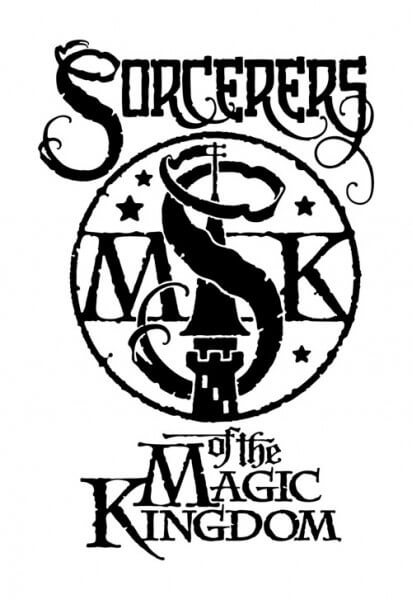