Walt Disney Parks announces details of 'Carousel of Projects' exhibit and topics for 2011 D23 Expo, promising surprises - Inside the Magic

At the 2011 Disney D23 Expo next month, Walt Disney Parks and Resorts will feature a “Carousel of Projects” bringing fans a look at concepts, designs, models, storytelling tools, and technologies currently being developed at Walt Disney Imagineering for Disney parks around the world. The exhibit is inspired by the famous “Carousel of Progress” attraction designed originally for the 1964 New York World’s Fair and ultimately making its way to Disneyland and Walt Disney World.

Included in the convention exhibit will be all 11 of Disney’s worldwide theme parks, Aulani, a Disney Resort and Spa in Hawaii, Disney Cruise Line, Adventures by Disney and Disney Vacation Club. Inside, Disney will include: 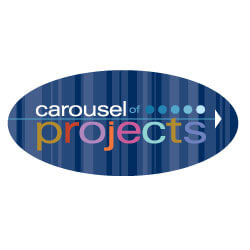 In the 4,000-seat main arena of the Anaheim Convention Center, Walt Disney Parks and Resorts chairman Tom Staggs will host a 1.5 hour presentation on Friday, August 19 that is sure to include few surprises.

Beyond that main presentation, Walt Disney Parks and Resorts will also host several smaller (but likely equally interesting and entertaining) presentations throughout the D23 Expo:

Tickets to the D23 Expo are available at http://www.D23Expo.com.

Comments Off on Walt Disney Parks announces details of ‘Carousel of Projects’ exhibit and topics for 2011 D23 Expo, promising surprises