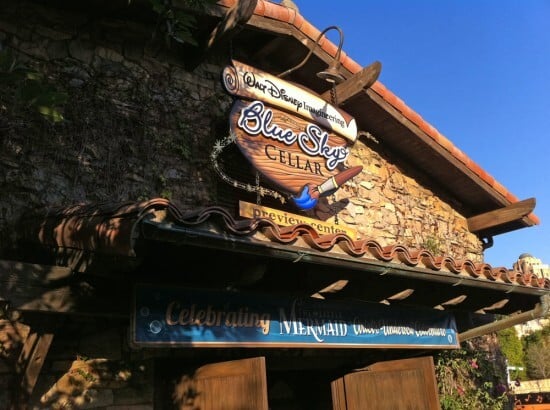 The Little Mermaid ride, which will be duplicated at Walt Disney World’s Magic Kingdom in Florida, will feature a clamshell journey through The Little Mermaid with advanced audio-animatronics and the feeling of being “under the sea.”

The ride had already been previewed in extensive detail within the Blue Sky Cellar, including an overall track layout model and animatronic sketches, but now additional information about its duration and characters have been revealed.

Imagineers estimate The Little Mermaid: Ariel’s Undersea Adventure ride will last around 6 and a half minutes. Since it will be continuously-moving Omnimover-based attraction, there will be no Fastpass“>Fastpass available, nor will it be needed.

No specific opening date has been set yet for the attraction, though Imagineers say it will be open for Summer 2011.

The Blue Sky Cellar update also features a new video showing off behind-the-scenes previews of both The Little Mermaid: Ariel’s Undersea Adventure and Radiator Springs Racers, coming to the park’s Carsland expansion, including John Lasseter and Tom Staggs taking a test run around the track.

The exterior of the building for The Little Mermaid ride will now sport an Asian/Egyptian flair: 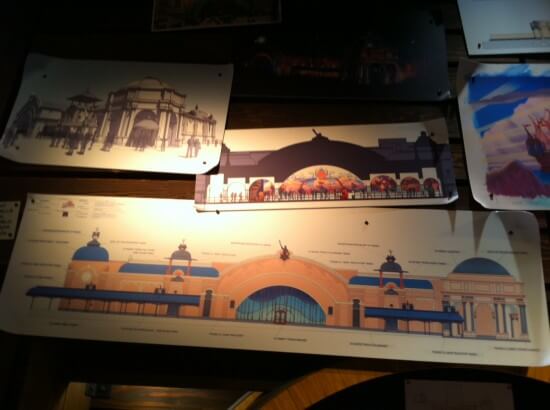 The entrance will feature an art glass marquee: 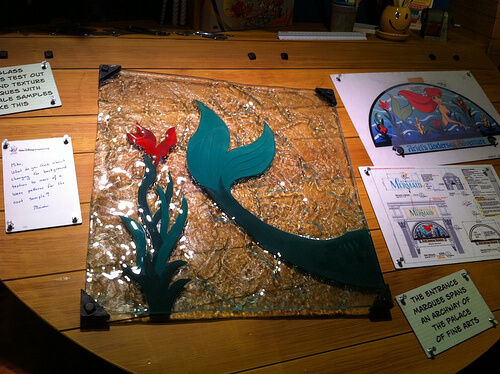 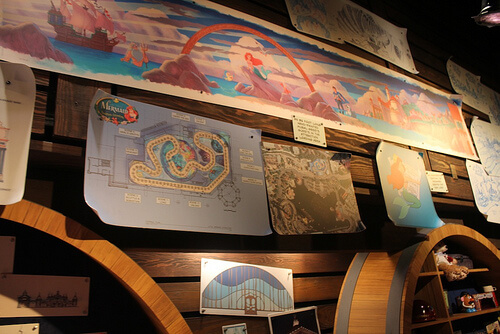 Inside, one scene will contain an animated Ursula figure, which will stand at a massive 8 feet tall and 12 feet wide. The Blue Sky Cellar is now home to a model of Ursula: 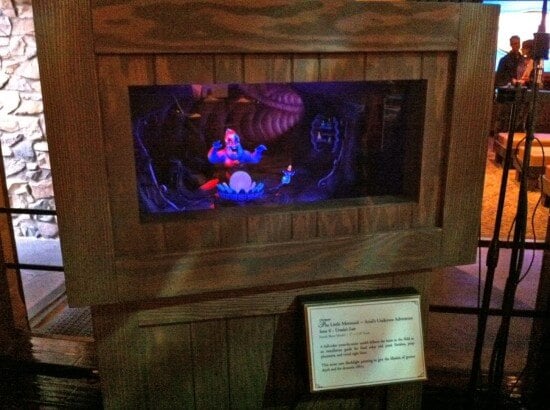 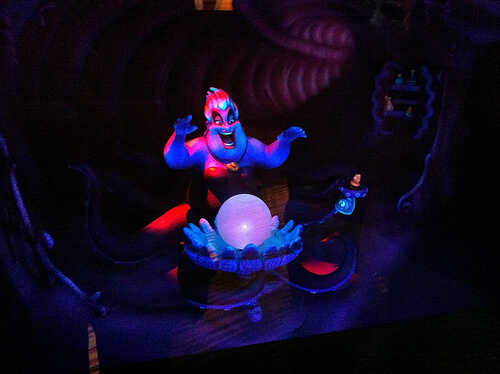 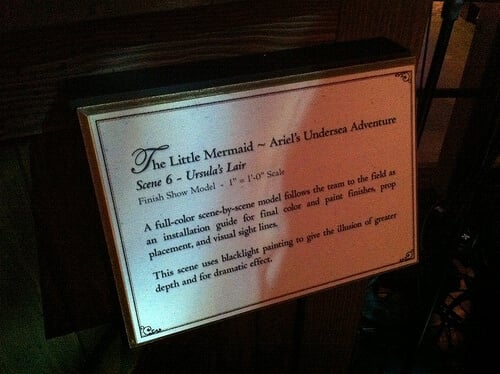 Many ride layouts and tracks were considered during the attractions design: 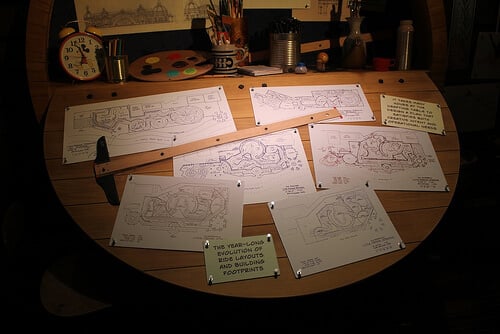 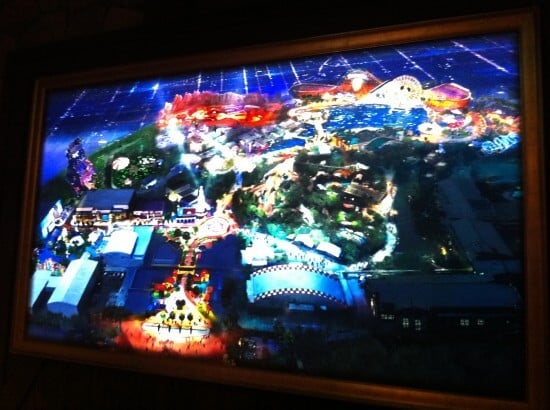 Below is a video of the map in motion. The map features 30 animations plus one hidden efffect. 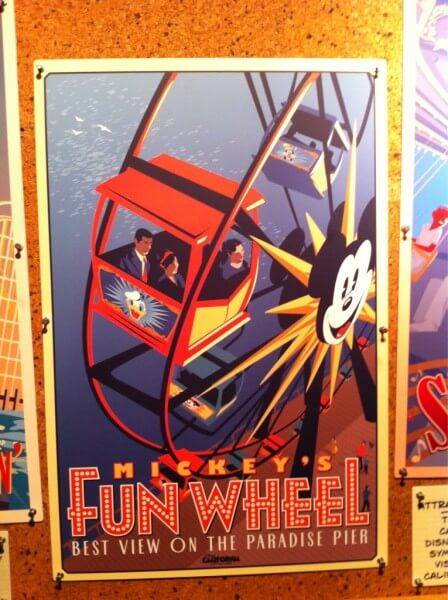 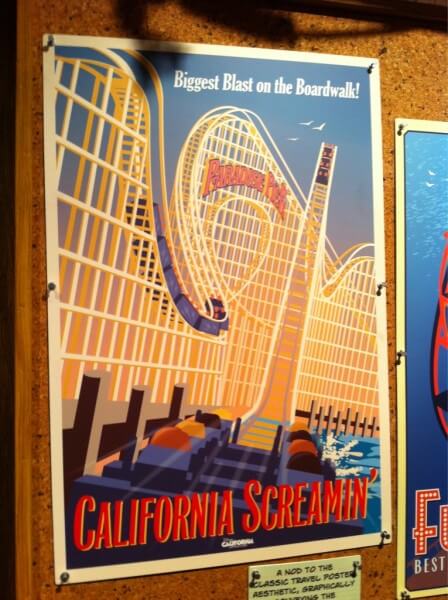 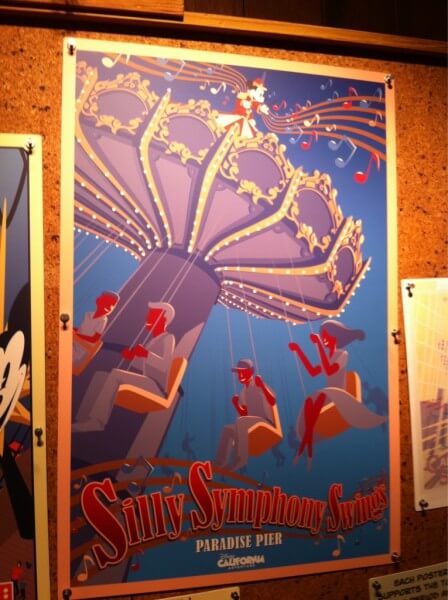 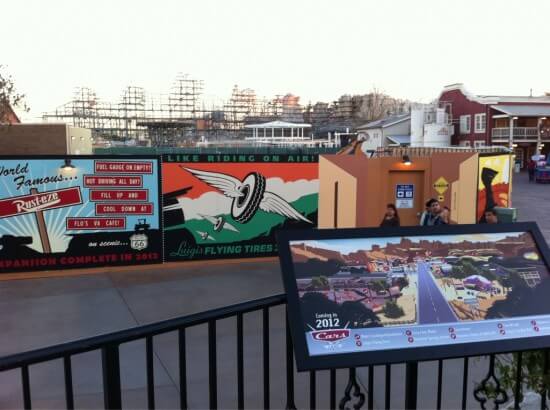 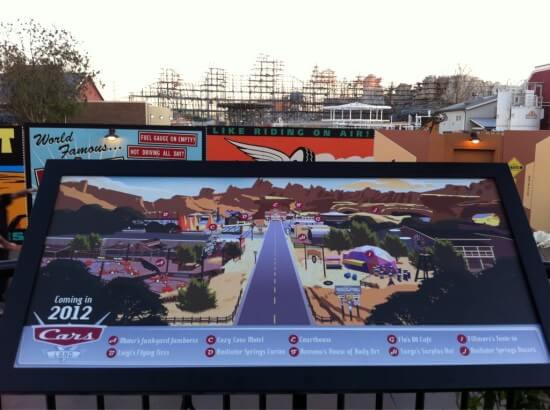 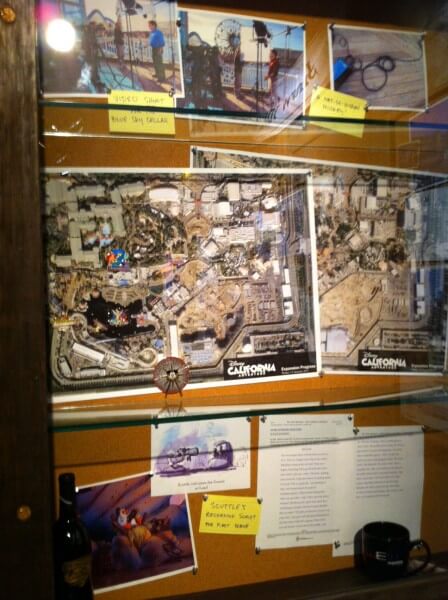 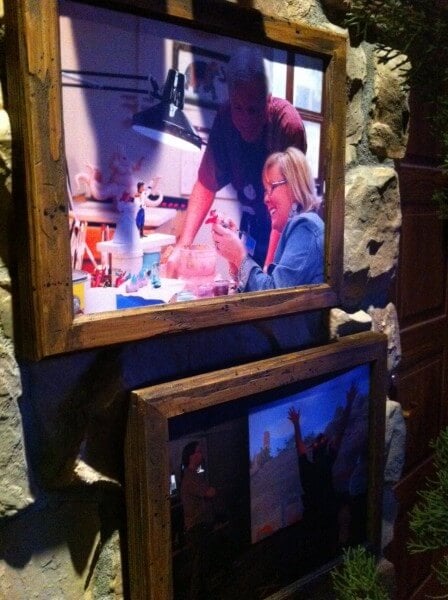 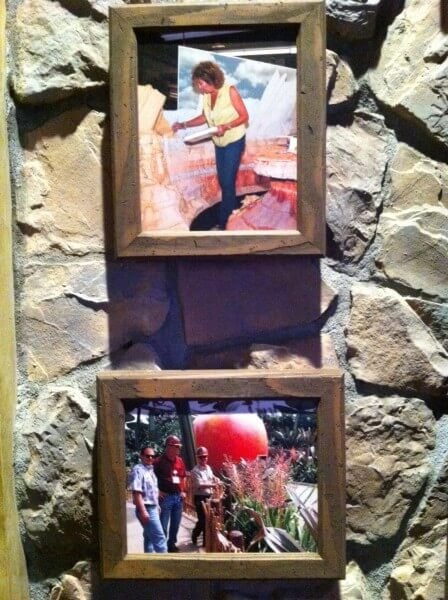 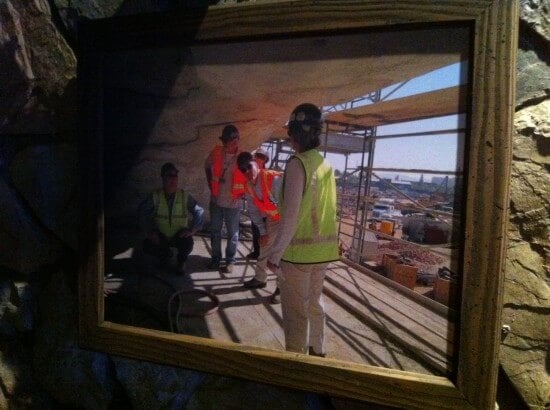 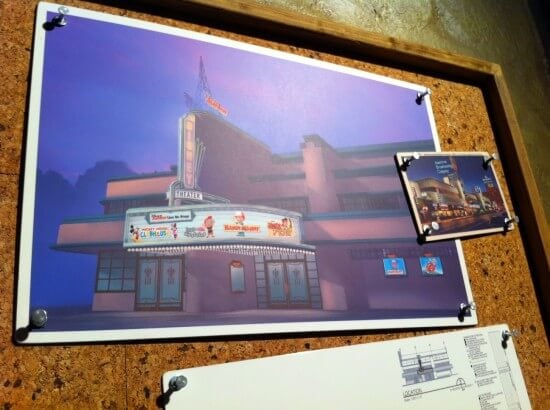 Disney also recently released a behind-the-scenes video of some of the ride’s scenes, still under development:

And back in June, during Disneyland’s “What’s New, What’s Next?” presentation, Disney showed a few more show elements including an “underwater” lighting effect and a quick listen to Scuttle setting the story:

The Little Mermaid: Ariel’s Undersea Adventure will open at Disney California Adventure … and at the Magic Kingdom as part of the New Fantasyland expansion some time in 2012.

And photos of The Little Mermaid: Ariel’s Undersea Adventure from the previous June update of the Blue Sky Cellar:

(All photos by Jeremiah Daws)