An early release, including concept art, has revealed new details Disney plans to announce at tonight’s Magic Kingdom media event surrounding the ongoing Fantasyland expansion. Now referred to as “New Fantasyland” and opening in 2012, the area will include several new attractions and other entertainment offerings.

In addition to The Little Mermaid dark ride, a new roller coaster is part of the Fantasyland plans.

The Seven Dwarfs Mine Train (below) will feature ride vehicles that swing back and forth, with each track’s turn. The ride will feature music from the classic Disney film and animated figures of Snow White and the Dwarfs. 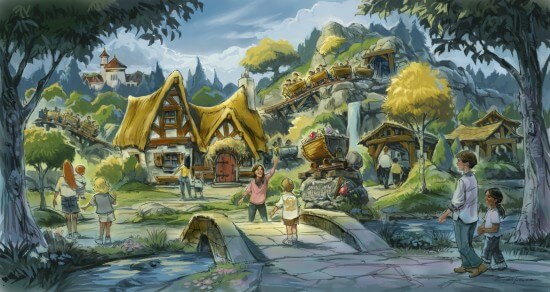 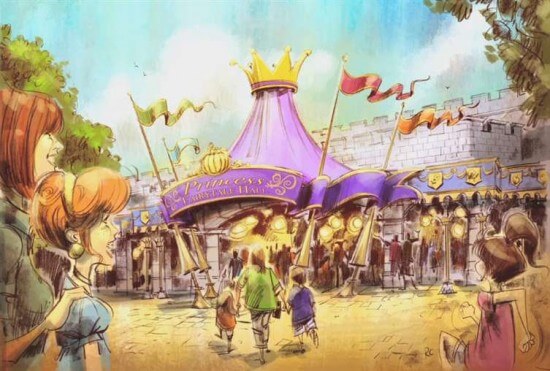 Disney has also updated their overview concept art for the New Fantasyland. Click the image below to enlarge to high-resolution:

Toontown is receiving a circus makeover, with the Barnstormer roller coaster getting a bright new look featuring Goofy as The Great Goofini. 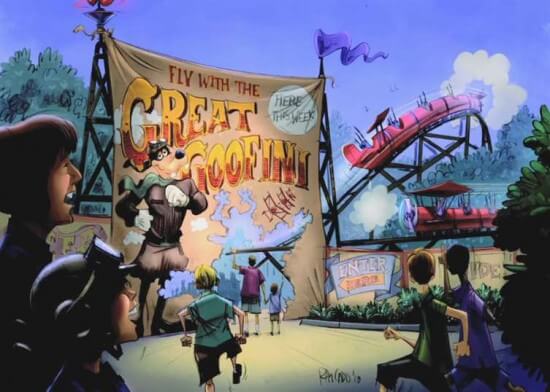 The new Storybook Circus will be home to the two new circling carousels of Dumbo the Flying Elephant. Family games and interactivity will be present inside the Big Top. 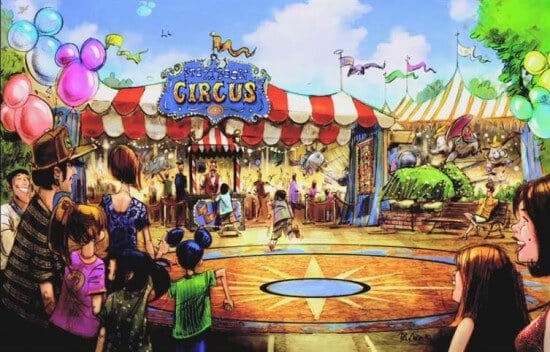 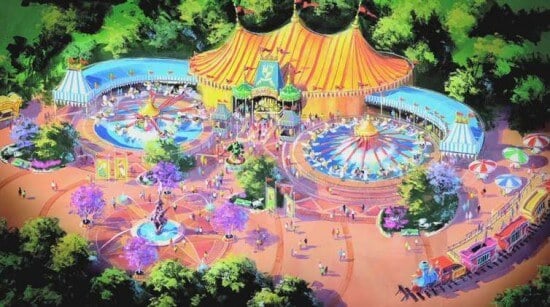 In addition to these “New Fantasyland” announcements, Disney is proceeding with a Beauty and the Beast-themed restaurant and area and dark ride based on The Little Mermaid. 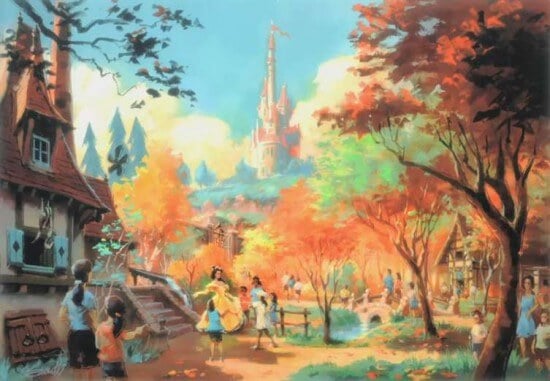 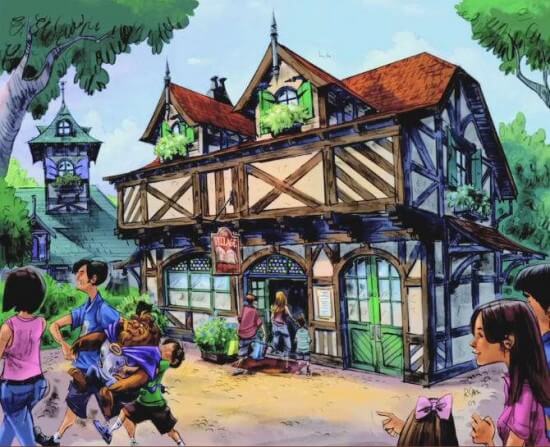 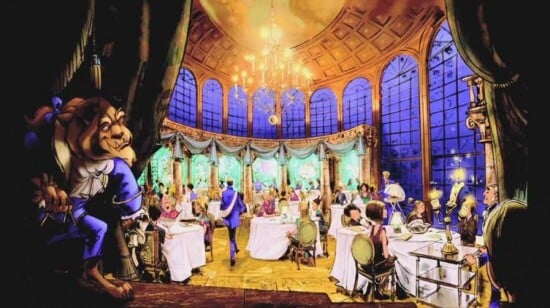 The “Be Our Guest” Beauty and the Beast restaurant will transform from counter-service during the day to table service at night. 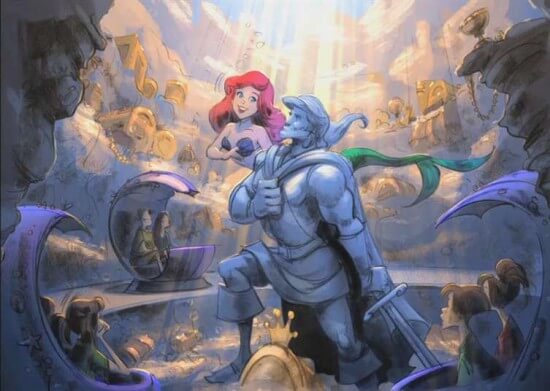 The Little Mermaid: Ariel’s Adventure will be a classic dark ride with updated technology and will be nearly identical on the inside to the same ride currently being constructed at the Disney California Adventure theme park.

We’ll have more information as Disney announces it at tonight’s media event.