The Adventurers Club at Walt Disney World’s Pleasure Island closed in September 2008 but the spirit of adventure now lives on as the entire club has been virtually recreated with enough impressive detail to entice fans to shout “Kungaloosh!” in excitement.

Created in something called “Garry’s Mod,” which is a modified version of the Source Engine used in the widely-successful “Half-Life” video game series, the new virtual Adventurers Club allows users to walk up to the building’s familiar facade, step inside, and explore each of its popular rooms, recognizing plenty of decorations along the way.

Here’s a tour of the virtual club:

(If you’re unfamiliar with video game mods, try to ignore the obvious presence of an onscreen weapon. The weapons are not necessarily intended for use within the Adventurers Club but are simply part of the virtual world in which it was rebuilt.)

All the details you remember from the actual Adventurers Club seem to be in place, including The Colonial in the Main Salon, the pair of talking masks in the Mask Room, and even the ship in a bottle in the Library. 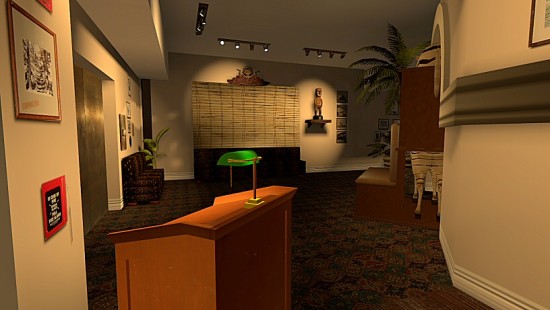 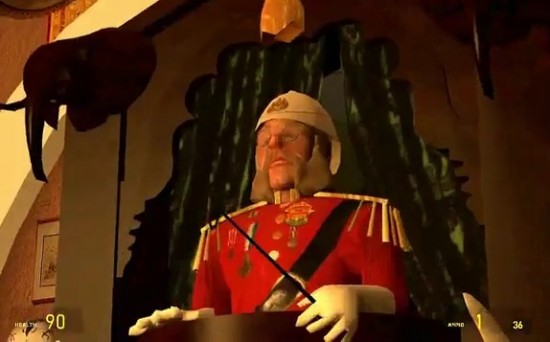 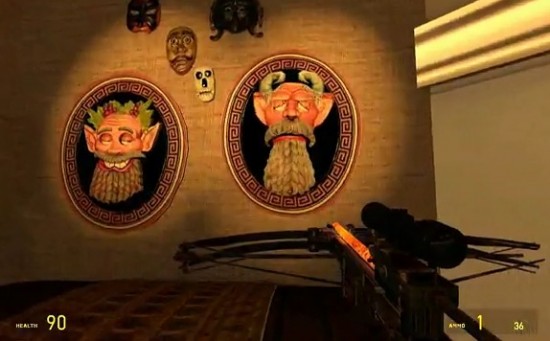 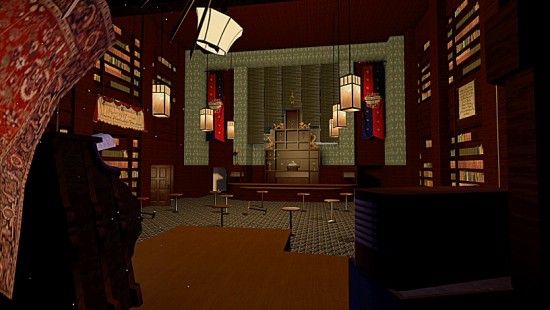 The map’s creator, going by the online name of “brerben,” claims to have been working on it since March 2009, only having finished it a few days ago. He tells me that he worked on the map roughly two hours per day for a year, for a total of somewhere around 730 hours spent putting it together.

Brerben estimates he has visited the Adventurers Club 15-20 times in his life, once per family trip to Walt Disney World, dating back to when he was just 7 or 8 years old.

Throughout the time spent working on it, Brerben kept his focus on including as much detail as possible while encountering a few technical hurdles. He told me, “The interactive parts of the map were the most difficult to do, because, for example, I would search YouTube for segments where Babylonia would say something, and try to record the audio to put in my map, but I really couldn’t do it correctly because there was always some guest in the video laughing hysterically which made it difficult to separate Babylonia’s voice from the guest’s laughter.”

But while you can’t sit through any complete Adventurers Club shows in the virtual world, there is still plenty of entertainment to be found. Brerben explained there are audio clips of “small sentences that the characters would say sometimes, such as Arnie and Claude in the Mask Room, the Colonel, and Babylonia.” In addition, certain props and elements are interactive. “Some things, like the piano in the Library, will start playing if you walk up to it and activate it. Also in the Library are secret books scattered throughout the shelves, which do different things to the Library when you activate them.”

While Brerben was the architect behind the virtual map, he was able to achieve this level of detail with some help. “I used all sorts of media for reference material to build the Club. Mainly Flickr.com and the huge collection of Adventurers Club photos there. But I really have to give thanks to a YouTube user named Yodatc who sent me 3 gigabytes worth of photos and audio recordings that he took at the Club before it closed. Every single artifact, every single picture on the wall at the Club was accounted for in his high-resolution photos.”

So why go to the trouble to painstakingly create such an exact virtual replica of the Adventurers Club? Brerben explains it is “the hope that someone (wealthy) will someday be able to use my video to build their very own Adventurers Club to the exact same specifications as the original one. A far-fetched dream, but you never know…”

You can download the Adventurers Club map for free and learn more about how to use it with Garry’s Mod.