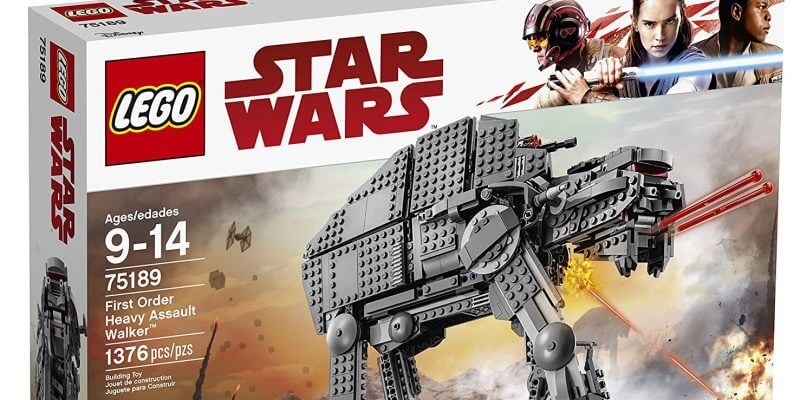 “Star Wars: The Last Jedi” arrives in theaters on December 15, but you can start adding to your LEGO fleet with new vehicles seen in the movie, like a Resistance Transport Pod and Kylo Ren’s TIE fighter.

Add to your Star Wars LEGO collection with these five building kits just released for Force Friday, all under $150. Make a quick escape with Finn and Rose in the Transport Pod, which features a 2-minifigure cockpit with removable canopy, detachable panels that reveal a rear storage compartment and weapon store, aimable side stud shooter and dual spring-loaded shooters. The kit includes Finn and Rose minifigures and BB-8 figure. Weapons include Finn’s blaster and Rose’s shock gun and blaster pistol. Play out action-packed Star Wars scenes with the Resistance Bomber. The model includes a button-activated bomb release function, spring-loaded shooters, 2 opening rear gun turrets with space for a minifigure, elevating rear guns, a 2-minifigure front cockpit with detachable canopy and a removable top section for easy access. It can also stand on any even surface when not in use. It comes with 5 minifigures: Poe Dameron, Vice Admiral Holdo, Resistance Gunner Paige, a Resistance Bomber Pilot and a Resistance Bombardier. Add a fearsome walker to your First Order with this awesome model, which includes tough armor-plate detailing, posable legs, posable head with opening minifigure cockpit and spring-loaded shooters, an aimable rapid-fire stud shooter on top, and detachable canisters that can be released from the rear of the walker. It includes 5 minifigures: Captain Poe Dameron, Rey, a Resistance Trooper, First Order Walker Driver and a First Order Stormtrooper.