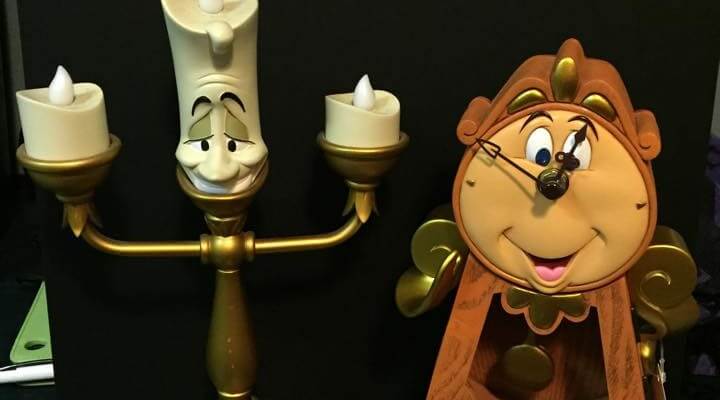 Since the Disney Parks Blog announced that the popular Lumiere figure would be getting some company in a new Cogsworth figure this Fall, Disney fans have been clamoring for the little fellow to show up in stores. Now he has finally arrived and if you are a Beauty and the Beast fan he is a must for your collection. 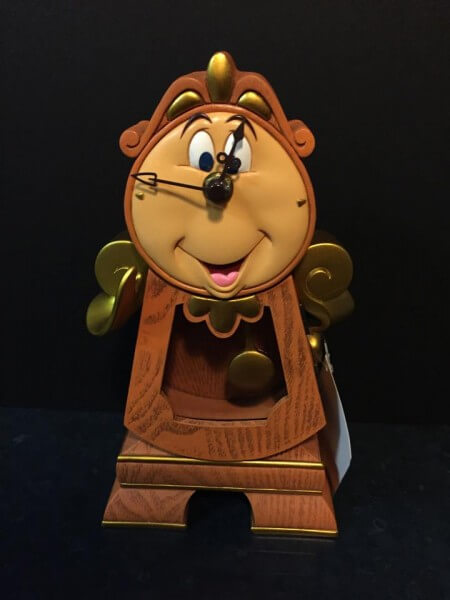 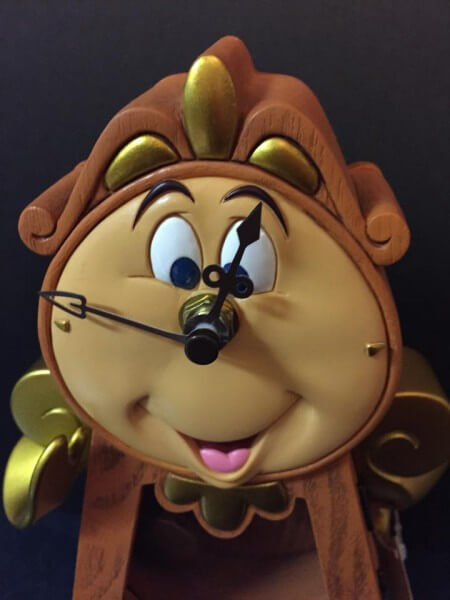 Standing about 10 inches tall Cogsworth is a splendid display figure but also a real working clock.  Disney Parks merchandise really outdid themselves this time with this figure as he  is incredibly high quality. His face works as the clock part with clock hands actually moving and a detachable pendulum swings back and forth giving off a nice little ticking sound. 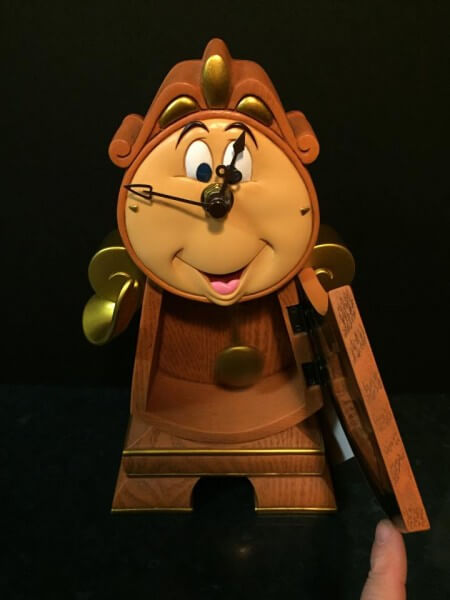 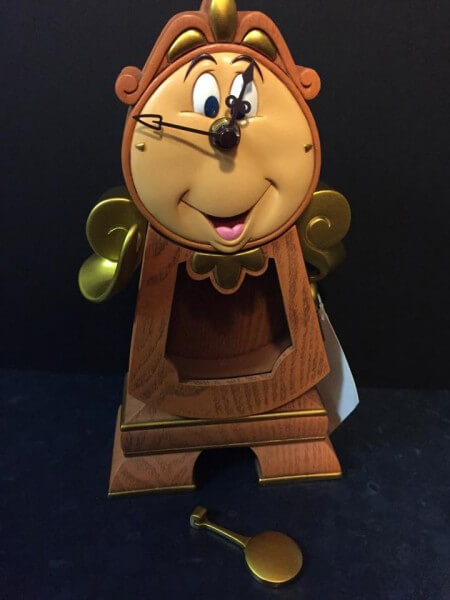 On the back of Cogsworth is where you will find the battery attachment and Disney nicely enough  provides you with a battery at purchase. The cover for the battery is magnetic and Disney cast members warned us to not grab hold of the figure there as the cover easily slides off and then you may drop him. 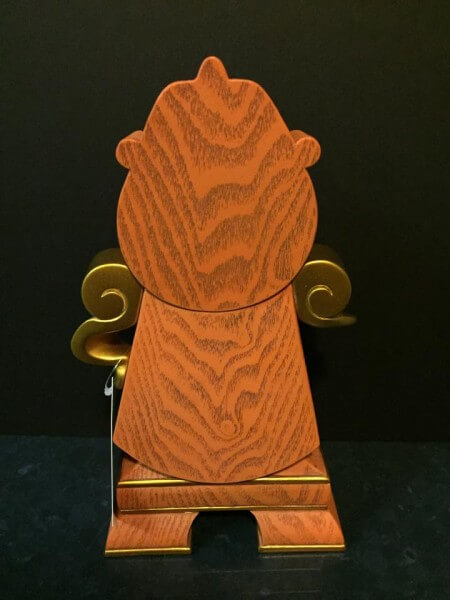 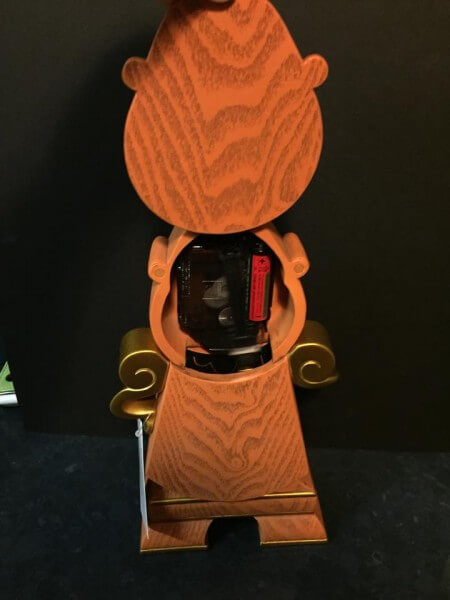 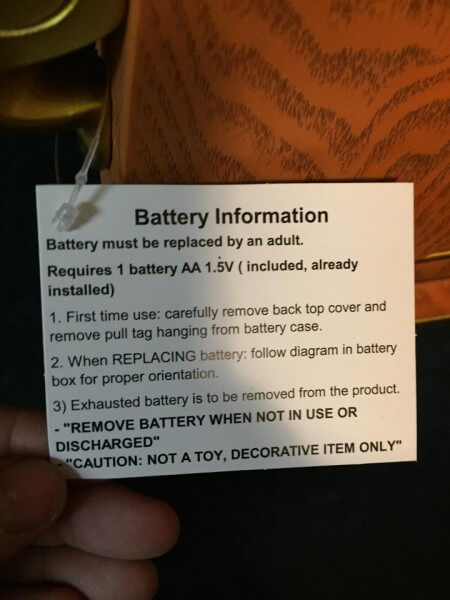 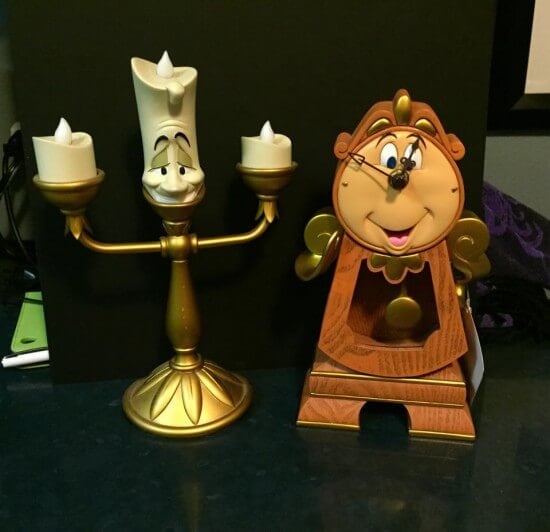 The Cogsworth figure is priced at $74.95 which is a great price for such a high quality figure. He can currently be found at Bonjour Village Gifts at Magic Kingdom and in select stores at Disneyland. He will also be online in the future at Disneystore.com but if you can’t get to a Disney Park you can always call the Disney Parks Merchandise mail order number (877-560-6477) and order him.