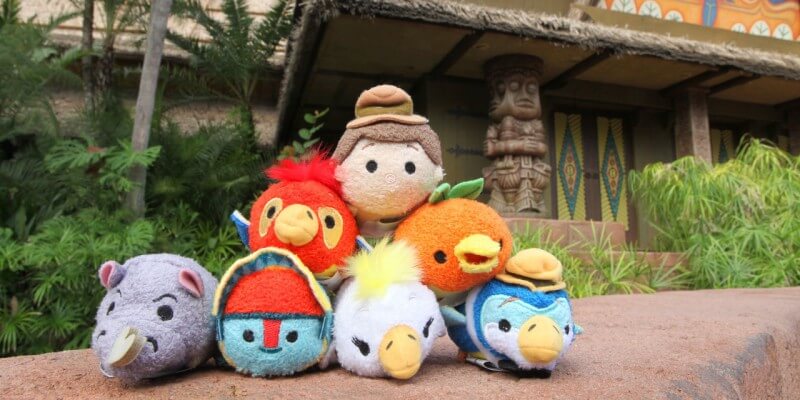 One of the most popular collectibles right now are the plush toys ‘Tsum Tsum‘ and Disney Parks have their own collection themed after different attractions and lands in the parks. We have previously seen collection such as Haunted Mansion and Fantasyland and now it’s Adventureland’s turn. Being released October 11 is a brand new collection featuring Adventureland and the many characters and attractions you can find therein. Orange Bird, Jungle Cruise Skippers and Tiki birds all get their own Tsum Tsum that will surely please any die hard collector.

The Adventureland-themed Tsum Tsum will be released at the following locations on October 11:
Aulani, a Disney Resort & Spa in Hawai‘i

This new collection will be released via the Shop Disney Parks mobile app on October 10.

Finally, the Disney Parks online store will have these Tsum Tsum starting October 18.