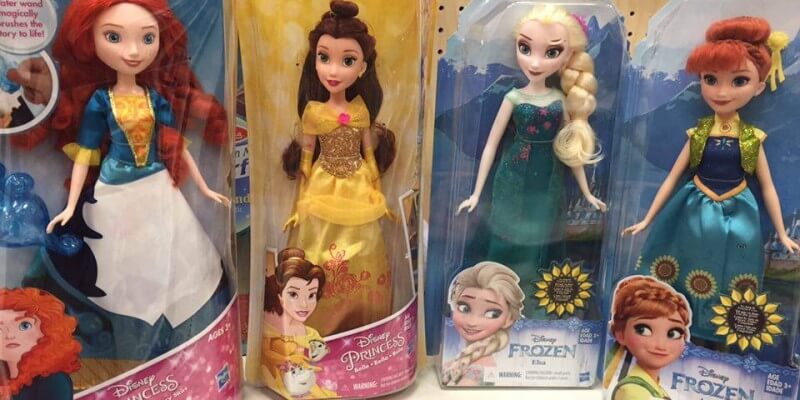 On January 1st the lucrative business of the Disney’s Princess doll line is being handed over from Mattel, which have been in charge of the line since 1996, to Hasbro. This marks an immense change in the industry as Hasbro has promised that this will be a new era for the popular toy line. Their new Disney Princesses will both acquire a new appearance and message, one focused on being heroines and unique instead of being bland and “prince obsessed” as the critics call their predecessors. You may ask yourself how so much attention can be given to a doll line, but when you realize that analysts value the Disney Princess doll up towards $500 million you may understand why. Bloomberg has put together a magnificent article following the history of the industry and what its future entails.

All 11 princesses in Disney’s Princess lineup will be receiving a new look. Below you can see some comparison shots between Mattel’s and Hasbro’s doll. Though the whole line is not supposed to be out on shelf’s until January 1st 2016 some have already been spotted in store like Target.