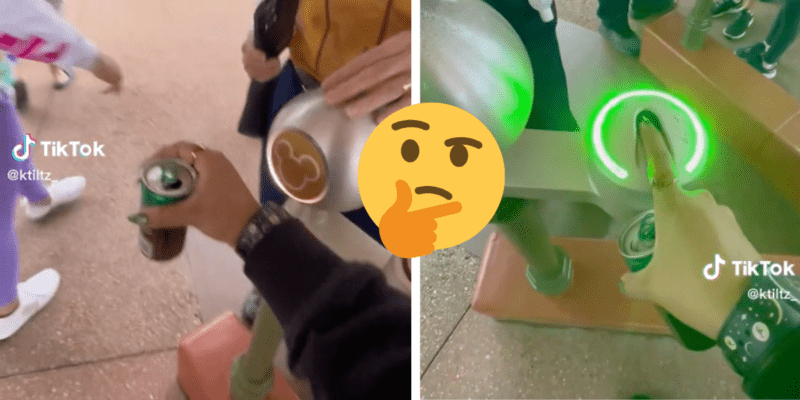 At Walt Disney World Resort, Guests can tap their MagicBands on Mickey Mouse-shaped touch points to enter the Disney Parks or use Lightning Lanes. These touchpoints also feature a fingerprint scanner at Park Entry.

This feature, which was temporarily paused at the start of the COVID-19 pandemic, is standard for avid Walt Disney World Resort fans. But one Magic Kingdom Guest recently discovered that the fingerprint scanners are pretty alarming for non “Disney Adults.”

Kels (@ktiltz_) shared an innocent video of herself entering the Disney Park. “Nothing beats the first time using your MagicBand to enter Disney World,” she wrote:

Unexpectedly, the video went viral. It amassed over four million views, more than a hundred thousand likes, and hundreds of comments. Most were confused that Kels had to use her fingerprint to enter the Disney Parks.

Disney Parks fans were quick to correct the naysayers. Though Walt Disney World Resort scans your fingerprint, it does not store that data. Simply put, it assigns your fingerprint to a unique number and uses that number to confirm your identity when you scan your Disney Park ticket.

“All these conspiracy theorists 😭,” @icedcoffeeplz0 commented. Kels replied: “It’s crazy how much people have twisted a simple video into an entire argument.”

But others weren’t alarmed at all. “Eh, Samsung and Google already have my fingerprints, what’s one more company,” joked @biosims.

If you’re uncomfortable scanning your fingerprint, alert a Park Entry Cast Member. Disney Guest Relations Cast Members will happily check a government ID and compare it to the name on your Park ticket. Disney Cast Members can take a photo and attach it to their Park ticket for identification purposes for children and those without IDs.

What do you think about the Walt Disney World fingerprint scanners?