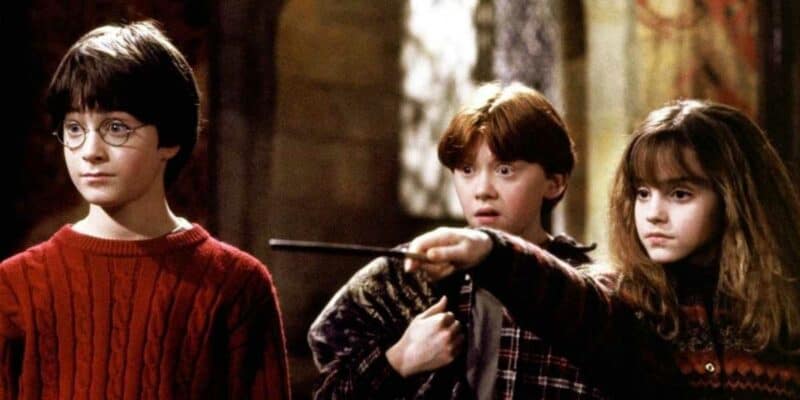 J.K. Rowling’s Harry Potter franchise has gained popularity all over the world. The series has one of the largest fandoms to date. With such popularity, it is no surprise that a great deal of merchandise and attractions have been created.

“Enter two lands of groundbreaking thrills and magical fun in Universal’s Islands of Adventure™ and Universal Studios Florida™. Step inside the story on the streets of Diagon Alley™ where hidden dangers lurk far beneath Gringotts™ bank. Travel to the village of Hogsmeade™ and into Hogwarts™ castle for a spellbinding journey through the skies.

Come experience the wizarding world like never before–joining Hagrid™ to fly far beyond the grounds of Hogwarts™ castle, deep into the wild of the Forbidden Forest, to discover rare magical creatures on an all-new thrilling roller coaster adventure.”

In these magical areas of the Parks, fans can enjoy shows, rides, fantastical treats, and plenty of shopping.

Ollivander’s Wand Shop in Diagon Alley is a perfect spot for Wizards and Witches to find their wand. Universal Guests can purchase their own unique wand, replicas from the movies, and interactive wands.

Interactive wands provide a new aspect of fun for Park Guests. These wands allow the owner to cast spells straight out of the fantastical novels and movies throughout the Diagon Alley area.

While these wands interact with certain items all over The Wizarding World of Harry Potter, Warner Bros. has created its own interactive wand.

User @kylekruegerr posted a video showing a Warner Bros. wand, which casts 48 spells. Check out the TikTok below.

The TikToker casts the Lumos spell in the video, causing the wand’s tip to light up. He explains that the Warner Brothers Caster Wand “is supposed to be the closest thing to a real magic wand.”

Would you buy this real Harry Potter wand? Let us know in the comments.