The Most EPIC Disney Animation Intros of All Time, Ranked - Inside the Magic 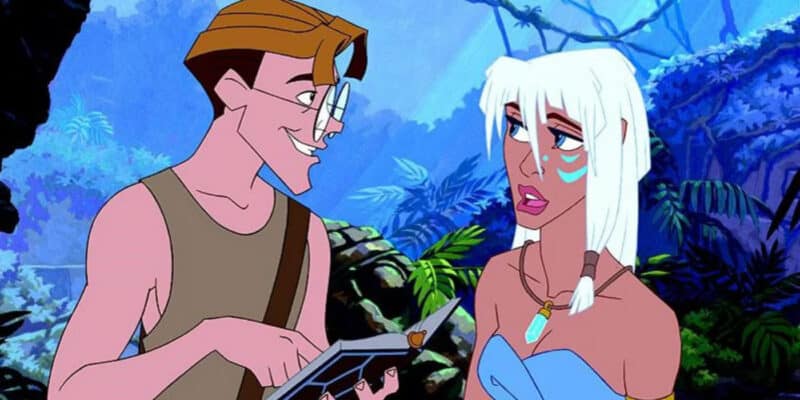 The iconic opening scenes of Disney

They’ve branched out from merely being the home of Mickey Mouse — acquiring Pixar Animation Studios (and their properties like Toy Story and Finding Nemo), and even building internationally-beloved theme parks such as the Walt Disney World Resort. Over the years, Walt Disney Animation Studios has honed the skill of making some of the best movie intros ever — but what about the most epic?

How do we define “the most epic”?

Not the best movies, or best movie openings — but the most epic.

Now, how do we define “epic”? Perhaps we can refer to the sense of drama, or size and scale, or “huge-ness” in how it makes you feel about a scene. Or maybe, we can look at a combination of all these things!

The most epic Disney opening scenes, ever

Prepare for this list to ramp up on the epic-ness scale as we get closer to the number one spot! There may be a few unconventional picks, but hopefully it’ll all be worth it.

I mean we’re starting with an epic male choir of strapping young lads cheerfully singing about how they’re going to colonize America!

It’s rather good storytelling to be honest, upholding previous concepts established by the late Howard Ashman — that the music should transition seamlessly from and be a part of the speech, as well as actively move the story along. The grand, militaristic drumbeats and ignorant innocence of young explorers like John Smith (Mel Gibson) set a very particular British, and well… colonize-y tone. Until it transitions into the next (epic) segment of the opening and the Pocahontas title card.

“Steady As The Beating Drum”, composed by Alan Menken, is like the heartbeat of the Powhatan tribe as depicted in the film. It shows off the vast, beautiful landscape of North America, alongside the indigenous cultures of the people who call it home. Immediately, the audience learns about the Powhatan’s daily lives among this lush beauty of flowing rivers and giant trees and we are expertly primed for the introduction to the movie’s protagonist, Pocahontas (Irene Bedard) herself. Viewing these sweeping vistas and the absolute size of the land is epic in itself, but the amount of storytelling packed into these few minutes is quite amazing.

Now, who remembers this movie?

Perhaps not one of the most well-known of Disney’s movies (no one said this would be a list of the most popular films) — this movie’s opening is certainly epic.

Set in a semi-steampunk type space-future, yet mixing elements of the past, Treasure Planet reworks the story of the old pirate classic tale “Treasure Island” by Robert Louis Stevenson — interestingly The Walt Disney Company’s first ever live film adaptation was actually Treasure Island (1950), which starred Bobby Driscoll as young Jim Hawkins, and Robert Newton as Long John Silver. This time, Walt Disney Animation decides to put a “21st century”-style spin on things, where John Silver (Brian Murray) is a space-roving cyborg pirate and Jim Hawkins (Joseph Gordon-Levitt) rides around on a hoverboard, extreme sports style. It’s all very late ’90s/early 2000s — think 1995’s Mighty Morphin Power Rangers: The Movie. And this epic intro showing off a grand narration of pirate adventure enjoyed by a young Jim — plus an “extreme!” flying montage along deep space ravines from feisty teen Jim “12 Years Later” — is one hell of an epic, thrill-seeking sci-fi ride.

Though not traditionally epic in the sense of “grand” — it is “epic” in the sense that The Gospel Truth sung by the Muses, is… well, describing a Greek epic! And also, pretty much the definition of “extra”.

This campy tune is prefaced by an undeniably epic voiceover introducing the audience to the origins of world before delving into Hercules’ (Tate Donovan) heroic origins. Using the rather surprising medium of gospel music through the overall design aesthetic of “Las Vegas”, this Greek tale begins with the gods on Mount Olympus, telling the viewers that in this world, there were monstrous Titans that “ran amok” until Zeus (Rip Torn) came into the picture and imprisoned them. There is an overwhelmingly dramatic ascent through the clouds into the title card, past the gates of Mount Olympus until we see the magical cloud-filled home of the Greek gods. Very epic.

As popular as Frozen is, this opening is actually rather underrated in the grand scheme of things!

Cantus sings the quietly epic “Vuelie”, a song inspired by Saami yoiking and Scandinavian culture and music. The opening chants coming in with the Walt Disney Pictures castle logo and Walt Disney Animation Studios logo, are haunting — set to gorgeously animated slow-growing fractals that expand into snowflakes — segueing into the title of the film — Frozen.

The scene transitions beautifully from the title card to a shot underneath the water of a lake of ice, and “Frozen Heart” begins in earnest. It introduces audiences to the character of Kristoff (Jonathan Groff) before he meets up with the Princess Anna (Kristen Bell) and Princess Elsa of Arendelle (Idina Menzel). The rhythmic thumping beats set to the sawing and carving of the ice with heavy metal picks and tools set the scene, sharply contrast the delicate frost of “Vuelie”. It’s a stunning introductory moment, and one of Disney’s strongest opening scenes. Being totally epic without needing unnecessary “drama”!

What could be more epic than Phil Collins crooning in the jungle?

Okay maybe a few more things, as this list isn’t over yet. But you have to admit — Tarzan has a pretty epic opening!

With the flaming ruins of a ship in the background, Tarzan’s (Tony Goldwyn) parents surface from the wreckage and escape to the jungle, clutching their baby. The family of human survivors decides to embark on a new journey living in the jungle, as we are shown similar moments of a gorilla family and their baby. Then disaster strikes — and Phil Collin’s voice and music take on a darker tone — as the African leopard Sabor murders the gorillas’ baby and Tarzan’s family. With the gorilla mother Kala (Glenn Close) hearing the cries the abandoned human baby, Tarzan‘s intro scene ends with a hopeful tone for the film to come and an overall feeling of kismet bringing Two Worlds into One Family. Definitely one action-packed opening to remember!

Atlantis is a bit of an underrated film overall — and its first ever scene begins with the apocalypse of an entire civilization, and a child losing their mother.

What more can be said about this no doubt epic first scene? It beautifully (and tragically) tells us the tale of an entire world of people with their own unique culture, language, and race — essentially disappearing under the waves for all time. The civilization of Atlantis is depicted as something no doubt advanced — with flying ships and a sort of light energy that operates as a sort of magic life source for the people and its technology. It is further worldbuilt with even a forcefield-like defense system powered by giant stone robots. That clap when they’re activated.

The loss of often-forgotten, technical-Disney Princess Kida’s (Cree Summer) mother to this strange glowing light sets up the rest of Atlantis‘ story, and the inevitable arrival of Michael J. Fox’s Milo Thatch. Despite not being as well remembered as The Little Mermaid (1989), Sleeping Beauty (1959), Peter Pan (1953), or even Mary Poppins (1964) — it is no doubt an epic opening!

Nope, somehow this isn’t number one. Though this seminal classic from The Walt Disney Company never fails to impress with its undeniably epic ramp up, in concert with the glorious African sunrise.

There’s something about how this animated movie starts — with the iconic “sun rolling high” coupled with South African composer Lebo M.’s resonant Zulu vocals, and Carmen Twillie’s gravity-filled tone that strikes a deep chord with anyone who witnesses it. The simultaneously gorgeous animation, with slow and natural shots of animals making their way to Pride Rock for the birth of the lion cub Simba (Jonathan Taylor Thomas / Matthew Broderick), son of Mufasa (James Earl Jones) and Queen Sarabi (Madge Sinclair).

I mean, it ends with Clopin screaming “The Bells!” over, and over… and over again.

Now, the true epic-ness of this opening can hardly be topped — it’s just so epic, to the point of being excessive!

Beginning with Paul Kandel as Clopin Trouillefou narrating a story to kids in the town square — The Hunchback of Notre Dame begins with the story of Quasimodo (Tom Hulce) and his origins as the eponymous Hunchback of Notre Dame. The operatic opening follows several Romani “Gypsies” in Paris running from the nefarious Judge Claude Frollo (Tony Jay) , who wishes to wipe their people out — all to the increasingly frantic choral chants of the Latin “Dies Irae”.

We’re talking a medieval poem about how the “day of wrath will dissolve the world in ashes”. It’s ’90s Disney going full force and trying something different. With Quasimodo’s guardian screaming for sanctuary at the feet of Notre Dame, the Archdeacon telling Frollo he will be Judged by God for his crimes — not to mention, oh, maybe the spilling of “innocent blood” AKA stone cold murder of a woman and the (almost colder) murder of Quasimodo-the-baby down a well on Church property — we’re looking at something truly epic.

The plentiful helpings of Catholic guilt and arguably the most intense choral screaming ever put to a Disney film should not have given anyone doubt about first place.

What do you think about this list of the most epic Disney animated movie openings? Did we miss anything? Share your thoughts in the comments below!