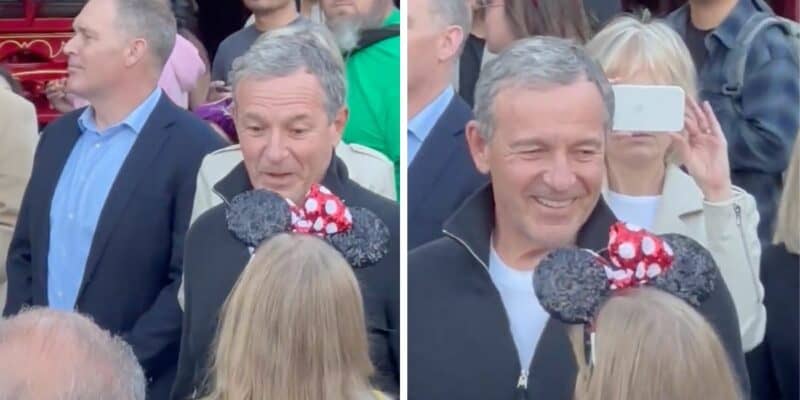 Just a few weeks after the bombshell that was Bob Chapek’s termination, Bob Iger, the new CEO, has been spotted inside The Disneyland Resort.

Iger was accompanied by Disney Parks Chairmen Josh D’Amaro Saturday night in Disneyland. A few photos of the trip were shared by reporter Scott Gustin (@ScottGustin) on Twitter. Image credits go to @jaysquivel:

Guests even cheered at one point for the current CEO, as shown in the tweet linked below:

For those who don’t know, Bob Chapek was terminated by Disney in November of 2022, revealing that former Disney CEO Bob Iger would be stepping back into the role.

Iger left an impressive legacy behind at Disney, first becoming CEO in 2005 and handing the mantle over to Chapek in 2020. The exchange of power between Iger and Chapek was swift and came as a bit of a surprise, especially since Bob Iger ended his position with the company a lot earlier than expected. For almost four decades, only two CEOs served The Walt Disney Company, being Michael Eisner from 1984 to 2005 and Bob Iger from 2005 to 2020.

“We thank Bob Chapek for his service to Disney over his long career, including navigating the company through the unprecedented challenges of the pandemic,” said Susan Arnold, Chairman of the Board after revealing the decision to let Chapek go.

Are you excited to see Bob Iger return as CEO?