Ash Ketchum Has Finally Caught Them All - Inside the Magic 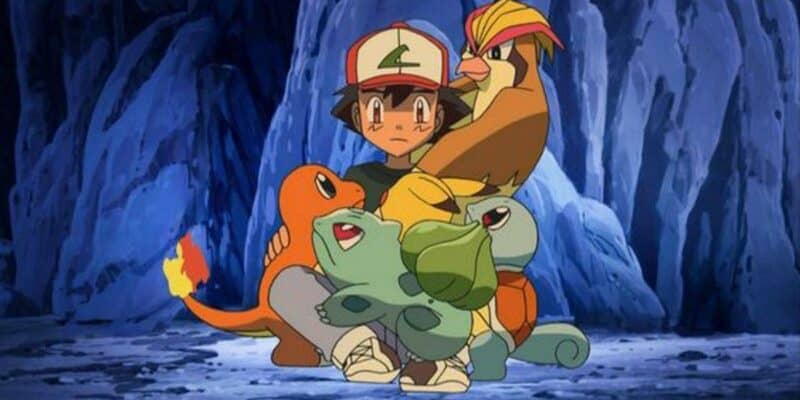 Pokémon is a popular animated television show that has been airing since 1996. The show follows the adventures of a young Pokémon trainer named Ash Ketchum as he travels the world catching and training various creatures known as Pokémon.

In each episode, Ash and his friends encounter different Pokemon and face challenges as they work to become the best Pokemon trainers in the world. Along the way, they encounter other trainers and gym leaders who they must battle in order to earn badges and move on to the next town or region.

Now, Ash and Pikachu’s adventures are coming to an end. The franchise has announced that the long-time Pokémon Master will be getting a special goodbye series next year with a special new trailer and poster hyping up fans for the grand finale!

Fans are noticing more and more hints that Ash’s time with us is coming to an end.

There’s a new poster for Ash’s final special series, which people have noticed is a direct parallel to one of the original anime posters.

The new series, which premieres in 2023 following Pokémon Ultimate Journeys: The Series, will instead star protagonists Liko and Roy (in the Japanese version). We’ll also see featured the three Paldea starter Pokémon: Sprigatito, Fuecoco, and Quaxly.

Quite a few people have noticed that Liko’s hairclip has a striking resemblance to the logo on Ash’s hat.

Joe Merrick is seen pointing that out here on his Twitter and saying, “Coincidence?”

Ash Ketchum’s final time with us will kick off as part of Pokemon Journeys‘ final slate of episodes.

Beginning on January 13th in Japan, this will be an 11-episode special event that will see Ash working through his thoughts on his entire journey while he tries to figure out what he wants to do for the future.

It’s teasing a complete goodbye by going all the way back to his notable Kanto adventures too with big returns from mainstays like Misty and Brock.

Who is your favorite Pokémon? Let us know in the comments.

Comments Off on Ash Ketchum Has Finally Caught Them All