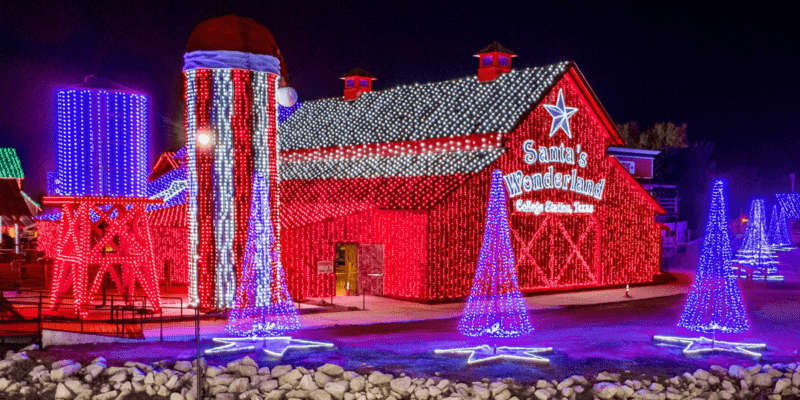 Theme parks are places where visitors can come to escape the realities of life.

Whether you’re paying a visit to Walt Disney World Resort, Disneyland Resort, Universal Orlando Resort, Six Flags, or any other amusement park around the country, you want to know that you’re going to be safe and that your family is going to have a great time.

Santa’s Wonderland, located in College Station, Texas, is currently in the midst of its most popular offerings. General admission offers the total quality Texas Christmas Experience with Santa’s Hayride Tour. During the tour, you can enjoy spectacular views on Santa’s Hayride with open visibility, festive holiday music, freshly bundled hay, and raised seating for better views during your tour now featuring over 4 million, dazzling holiday lights.

However, a recent tragedy struck at the Christmas amusement park, and Inside the Magic is sad to report that it tragically killed one.

Santa’s Wonderland shared a statement about the accident on its Facebook page.

“Late Saturday, one of our Santa’s Wonderland buses was struck by a vehicle that was traveling the wrong way on Hwy 6 near Post Oak Mall resulting in one fatality and several injuries. Our thoughts and prayers are with the individuals and families affected by this enormous tragedy. Santa’s Wonderland bus driver and long-term team member Calvin Hill was rescued by College Station Police on site and experienced serious injuries. Our entire Santa’s Wonderland family is praying for Calvin. We would like to express our deepest gratitude to the First Responders on the scene. Buses have resumed today and will continue the rest of the season from Post Oak Mall.”

HIGHWAY TRAGEDY: An SUV slammed into a Santa’s Wonderland bus on Highway 6 in College Station resulting in a fiery crash. One person was killed and two others, including the bus driver, were seriously hurt. MORE DETAILS: https://bit.ly/3XmqwFU

🔴HIGHWAY TRAGEDY: An SUV slammed into a Santa's Wonderland bus on Highway 6 in College Station resulting in a fiery crash.

One person was killed and two others, including the bus driver, were seriously hurt.

Inside the Magic will keep you updated on the investigation as it unfolds.