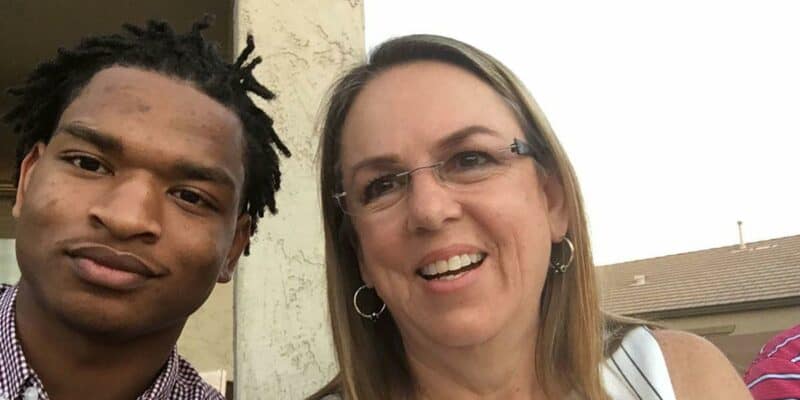 “That’s what Grandma’s do.” Grandma’s Thanksgiving is still going strong.

Seven years ago, a grandma (Wanda Dench) accidentally sent a text to a teenage boy (Jamal Hinton) that has since changed their lives.

In 2016, Grandma sent a text to then 17 year old, Jamal that Thanksgiving would be at her house on November 24th at 3:00pm. Confused, Hinton asked who sent the message.

Dench replied with, “Your grandma”, with an elderly woman emoji.

Wanting proof, the teenager asked for a photo to make sure it really was his grandma. After sending Jamal a selfie, he returned with a photo of himself saying, “You not my grandma.”

Quickly followed with “Can I still get a plate tho?”

Being a typical grandma, Wanda replied with, “Of course you can. That’s what grandmas do…feed everyone,” with a piece of cake emoji.

After Hinton shared the interaction on social media, hundreds of thousands of people have become invested and watched this unlikely pairs story since their first Thanksgiving in Mesa, Arizona six years ago.

Nightly News reached out to the pair.

“Jamal taught me that age made absolutely no difference. I love all of my grandkids and kids, but we all are different generations and we all reminiscence about different things,” she said.

“But when Jamal came along, my husband and I and him and his girlfriend, we would go out to dinner throughout the year together and we would just lose all track of time.”

“One time, we were at a restaurant for three or four hours and I couldn’t believe we were there that long. We kept talking! It was just such a wonderful conversation.”

Don’t worry, Jamal is heading to Grandma’s houses again for Thanksgiving this year.