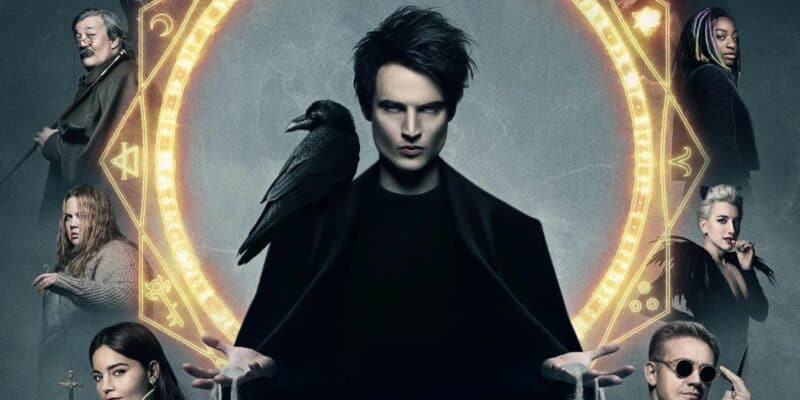 The Sandman is arguably one of Neil Gaiman’s most successful projects, and it has triumphantly been renewed for a second season on Netflix. Since the characters come from a long-running graphic novel series, it only makes sense that the script should further explore issues from the comics.

Season one of The Sandman might have taken a few artistic liberties, approved by the great Neil Gaiman himself, but it impressively adapted some of the books’ more twisted and psychedelic storylines with a tremendous amount of accuracy. Issues of the series such as “A Dream of a Thousand Cats” was certainly an interesting concept to bring to the screen, Especially with Tom Sturridge’s performance, but it also set the bar exceptionally high for where the series should go. A recent tweet by Gaiman himself offered up a brief teaser as to what fans can expect before the first episode has even been completed, promising new stories for Dream and the rest of the cast. The first season essentially adapted the first two volumes of the comics, which means season two should do the same in adapting volumes three and four.

Considering that the surprise episode was inspired by the first two chapters of volume three, that being “Calliope” and “A Dream of a Thousand Cats,” the next step in the Sandman’s mythos is to encounter William Shakespeare in “A Midsummer Night’s Dream.” The Dream Lord has already encountered the bard during his century-spanning relationship with Hob Gadling, and returning to see the fruits of his dealings with history’s most famous writer would bring things full circle. Plus, the dealings with King Auberon and his court would call for some absolutely marvelous visuals from the series’ creative team.

The final chapter of The Sandman: Dream Country really should segue into the stories of volume four simply due to its surreal nature alone, along with the inclusion of DC’s nearly forgotten Element Girl. “Facade” will more than likely be an early episode, concerning the previously mentioned heroine and her dealings with an ancient Egyptian deity. Of course, that’s only a small sampling of the chapters that follow.

Season of Mists promises a number of elements promised by Gaiman in his tweet, including the “family meal” (likely referring to the rest of the Endless), and how Lucifer is still waiting in Hell (possibly a nod to his abdication of the throne). As of now, fans, viewers, and readers alike will simply have to wait till a full trailer is dropped if they want to know more. They waited years for a proper stage adaptation, a little longer won’t hurt.

Are you excited for Sandman’s second season? Tell us in the comments below.

Comments Off on ‘Sandman’ Season 2: What Stories Should Become Episodes