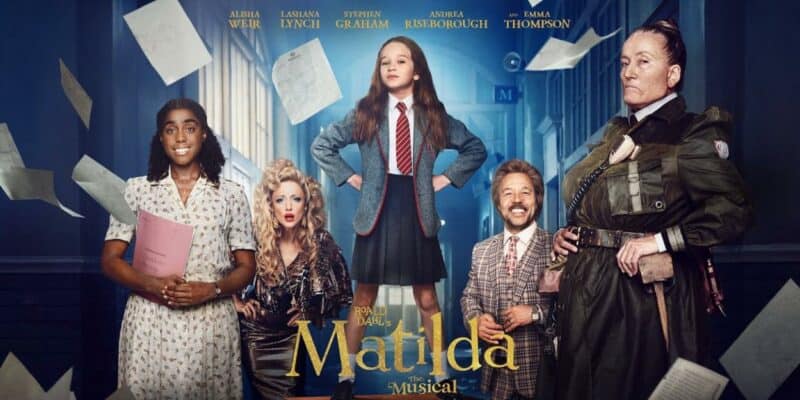 Matilda is about a little girl with extraordinary powers. However, her parents refuse to see or believe how smart their daughter is.

Her teacher at school, Ms. Honey, sees Matilda’s love of reading and how smart she is. Sadly, when she tries to challenge the young girl by placing her in advanced classes, the evil principal, Ms. Trunchbull, refuses.

Ms. Trunchbull is so horrible in fact, that she makes up nasty punishments for the tiniest of mistakes from the kids. From throwing them around by their pigtails to locking them up in the ‘Chokey’.

In 2013, the cast of the movie got together for a little reunion and even recreated a few of their favorite scenes from the movie.

Roald Dahl’s novel has been adapted in various media, including the 1996 feature film directed by Danny DeVito, a two-part BBC Radio 4 program, a 2010 musical that has run on the West End in London, Broadway in New York, and around the world.

There is also the upcoming film adaptation of the musical will be released on Netflix on December 25th, 2022.

Matilda the Musical is an adaptation of the Tony and Olivier award-winning musical. Matilda tells the story of an extraordinary girl who, armed with a sharp mind and a vivid imagination, dares to take a stand to change her story with miraculous results.

This adaptation sees a few familiar faces for their 2022 release.

Are you excited to watch? Let us know in the comments.