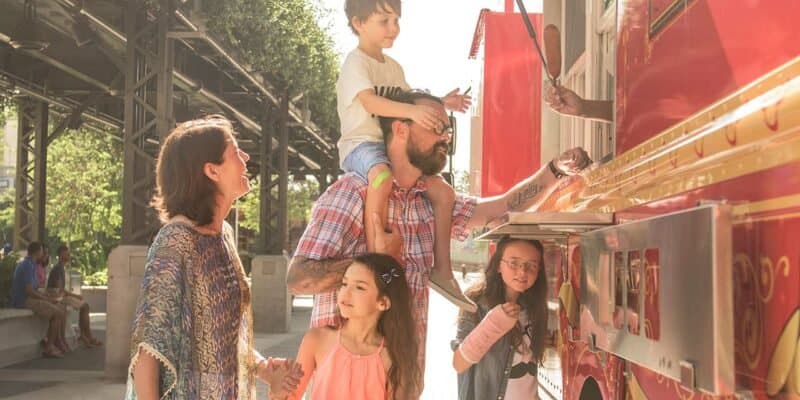 The food at Disneyland and Disney California Adventure Parks is so good. Whether it’s churros, a dole whip, or a full-on meal. But did you know that there are some underrated restaurants there?

Underrated as in looked over. The food is still top-notch, just not many people go to these places. A lot of people don’t even know these places exist.

Here are four of the most underrated restaurants at Disneyland and Disney California Adventure Parks.

Here at Disneyland, they are so many choices for restaurants and simply food or snacks in general. So, it’s safe to assume that some places can be overlooked. But everyone else’s loss is our gain.

The first restaurant we’re going to talk about isn’t so much of a secret, it’s more so just overlooked.

The Golden Horseshoe can be found in Frontierland. Many people assume that it’s just shows inside. However, there’s some pretty great food too.

This amazing restaurant has mobile service options as well as quick service. It is air conditioned inside and also has two levels with plenty of seating and dining in.

Their menu is somewhat small, but it’ll hit the spot.

They have chicken tenders, fish and chips, and floats.

And bonus- Did you know this was one of Walt’s favorite places. It has been around since the Park opened in 1955. The Golden Horseshoe was also where Walt and Lily celebrated their 30th wedding anniversary. Their party was the grand debut of the Golden Horseshoe Revue.

But it was actually Walt who stole the show, leaning over a balcony and interacting with the performers. Climbing down onto the stage, Walt’s enthusiasm was met with eruptions of applause and calls for a speech.

Another little hidden gem is the Stage Door Cafe. It is also in Frontierland and actually right next to the Golden Horseshoe. Most people don’t even know this place exists. They literally walk right by it.

This cafe does quick service and mobile ordering.

The Stage Door Cafe sells pretty much everything you could get inside The Golden Horseshoe. They also make some of the best funnel cake you will get in all of Disneyland.

Inside the Hollywood Studios area, by the Monsters Inc. attraction is the first hidden gem that not a lot of people know about or go to eat.

Right across from the Ice-Cold Refreshments stand is a food truck called the Studio Catering Co.

It’s a quick service restaurant with the mobile ordering feature.

The final hidden gem is over in Paradise Gardens at Disney California Adventure.

Off by itself is the Boardwalk Pizza and Pasta. This underrated restaurant is an Italian, quick service that does lunch and dinner. They do not offer mobile ordering.

They have three grab and go areas where you can choose from pizza, pasta, and salad. Or all three if you want.

You can then take your meal on the open-air patio or in the arcade-style covered seating area, complete with cooling ceiling fans.

Where’s your favorite place to eat at a Disney Park? Let us know in the comments.