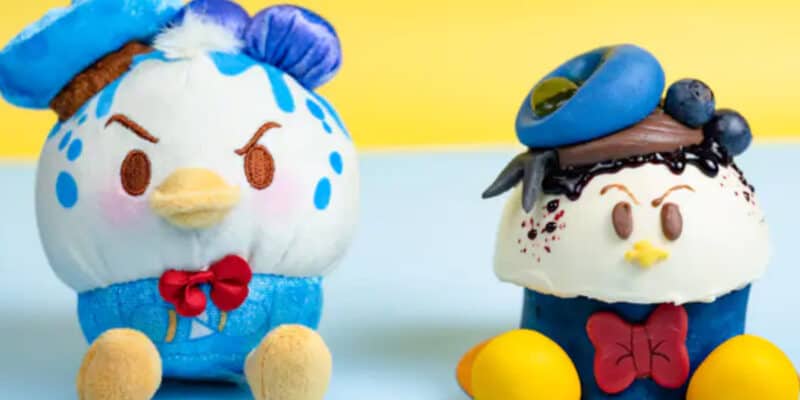 Disney’s endless assortment of cute and cuddly stuffed animals has certainly reached a new peak with their new Munchling collection. Shortly after Mickey, Minnie, Pooh, and Stitch get their own pastry personas, Donald Duck’s cupcake counterpart makes his debut at the Disney Parks. 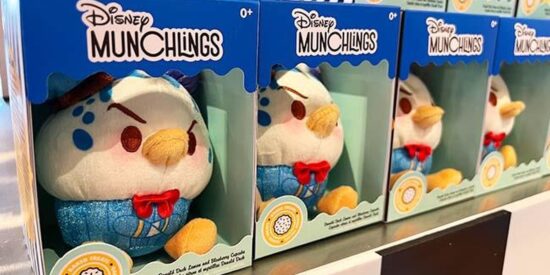 The Munchlings are adorable plush versions of Disney characters made to look like themed desserts that fit the characters they represent and drenched in a delectable scent that reflects the flavors. Pooh is a honey bun, Stitch is a pineapple upside-down cake, and Mickey is a sweet and sticky cinnamon bun, and the list goes on. Now that Donald Duck has joined the lineup, his sweet treat comes with a special cupcake available at the parts made to look like his new plush. Guests visiting Disney Springs in Orlando can not only get their own huggable, sniffable, stuffed Donald Munchling, but an edible cupcake version as well.

Available exclusively at Disney Springs, this blueberry-lemon cupcake is made to perfectly resemble the toy to an impressively detailed degree. Designed by Chef Stefan Riemer, the flavors and appearance of the dessert were tailor-made to fit Donald’s sweet and sour personality.

With Donald receiving his own special dessert, it’s enough to make some fans wonder which Disney Munchlings are next to make it on the menu. Mickey-shaped cinnamon roles can be found in various confectionaries across Disney property, but a Pooh Bear honey bun or an upside-down Stitch cake would truly be something special.

The Munchlings represent  a hybrid of both confection and creativity, and the Disney Parks have always had an ample supply of both. The Donald cupcake plush is as adorable as his dessert counterpart is delectable, and both are two treats that will certainly steal the hearts and tastebuds of casual fans and longtime guests alike. And they can both be found fresh out of the oven in Disney Springs.

Have you had the new Donald Munchling cupcake? Tell us in the comments below.