Dolly Parton Makes Special Reunion With Goddaughter - Inside the Magic 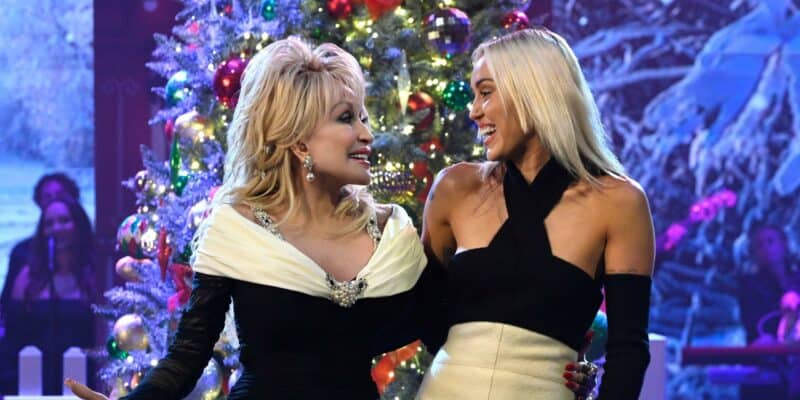 Famous Country star, Dolly Parton, gets to start 2023 in a very special way.

She gets to join her Goddaughter, Miley Cyrus, for NBC’s annual New Year’s Eve special.

The young pop star shared the news of her Godmother being her cohost on Instagram a little over a week ago. The post shows Miley with her arms wrapped around Dolly.

NBC also shared a fun promotional video of Cyrus and Parton on the network’s official Instagram page, in which the former states, “Miley’s New Year’s Eve party is about getting glamorous and dressing your best.”

“Well, we do that every day — don’t we, Miley?” Parton chimes in, to which her goddaughter replies, “You taught me well” before their duet version of “Jolene” kicks in.

Earlier this year, Dolly Parton had been inducted into the Rock & Roll Hall of Fame‘s Class of 2022 as well as receiving an award from $100 million from Amazon’s Jeff Bezos to distribute to the charities and causes of her choice.

Speaking with Entertainment Tonight, Dolly Parton opens up about her holiday special, Dolly Parton’s Mountain Magic Christmas, and how it’s going to be a family affair.

She also talks about hers and Miley’s upcoming New Year’s Eve bash.

“We’re going to be doing some skits. I know that anything can happen live with the two of us,” Parton said of Miley’s New Year’s Eve Party. “I’m sure we’ll be wearing some bizarre costumes and we’ll be singing some serious songs, some fun songs [and] we’ll be bringing in the new year in fun fashion, I’m sure.”

Are you tuning in on New Year’s Eve?

Comments Off on Dolly Parton Makes Special Reunion With Goddaughter