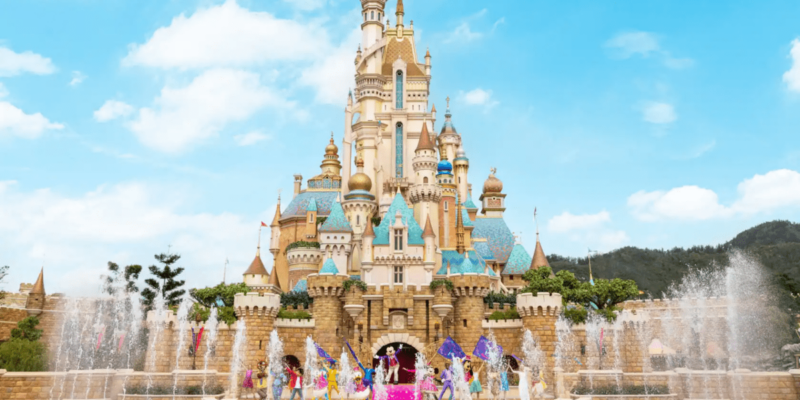 There are many theme parks for visitors to enjoy all across the world.

Disney Park Guests flood Disneyland Resort, Walt Disney World Resort, Disneyland Paris, and many other Resorts all across the world at extremely high rates each and every year. Other theme parks, like Universal Orlando Resort, Universal Studios Hollywood, Six Flags, Busch Gardens, SeaWorld, Cedar Point, and thousands of others, prove to be places where you can enjoy time with your family while experiencing attractions unlike anything else.

While fans have their eyes on the Epic Universe– which will open in 2025 in Orlando– there are more developments happening around the world than what the theme park community may be aware of.

As a matter of fact, one of the biggest projects going on currently is a theme park being developed in Israel that is being built at the cost of more than $15 million.

The proposed theme park by Israel’s Ministry of Tourism, named Negev Park, is expected to be one of the leading factors in Israel’s hope to be drawing more than 10 million tourists by 2030.

Press releases and local newspapers, according to a report from Theme Park Insider, have called the theme park “Israel’s EuroDisney.” However, that may not be a good thing, according to the report.

“Press materials and local news reports used the analogy, “Israel’s EuroDisney,” which is in itself a red flag, since no consumer following this industry has called what is now known as Disneyland Paris “EuroDisney” in many years. But it was the project’s reported budget – about US$14.5 million – that doomed it, in my eyes,” the report said.

The analysis stated that this plan is doomed to fail, simply based on the magnitude of expectations that Israel is expecting to attraction with such a relatively small amount of money.

“If you want to use the “D” word – Disney – as a standard for a proposed theme park, however, the price of admission to that level is now at least $1 billion. If a project cannot commit to a 10-figure budget, its backers need to get the D-word outta their mouths and their press materials. Otherwise, they simply set up fans, investors, and local supporters for disappointment when their collection of off-the-shelf carnival rides fails to attraction anywhere near the millions of visitors who go to parks like Disney to experience unique attractions that offer immersive environments, engaging storytelling, and time with familiar and beloved characters.”

It should be noted that Disney is not a part of these plans, and this will not actually be a “Disneyland in Israel,” as the officials are hyping the theme park to be. Instead, this will be an amusement park in itself, but there is certainly hype surrounding the development nonetheless.

There have been rumors for quite a while about where Disney may next choose to plant its flag and build a new Resort. At this point, however, no signs indicate where the next Disney theme park will be built or how long fans will have to wait before they see another Resort erected.

What do you think of this theme park being built in Israel? Let us know in the comments!