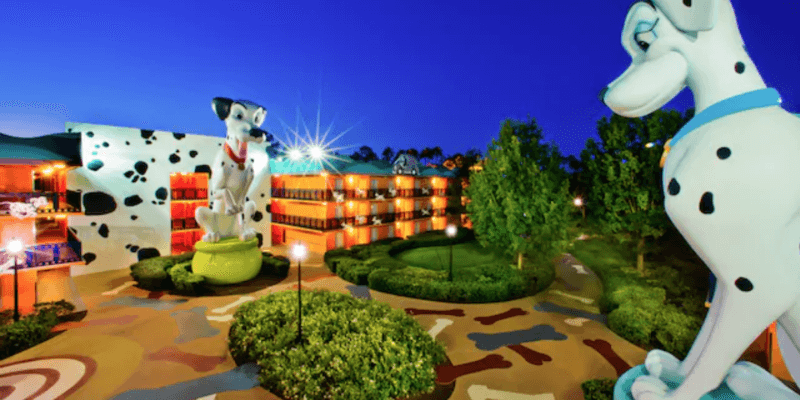 While everyone knows Disney for its incredible theme parks– Magic Kingdom, EPCOT, Disney’s Hollywood Studios, and Disney’s Animal Kingdom– there is something to be said about the magic of staying on-site at a Disney World Resort hotel.

Disney hotels give Guests the opportunity to be wholly immersed in the magic from the time they wake up in the morning to when they go to sleep at night. Staying on-property gives you access to complimentary transportation–either by buses, the Disney Skyliner, Monorail, or Ferry Boat– to the Disney Parks and is a great way to make the most out of your trip to Walt Disney World Resort.

However, the reality of operating hotels and theme parks is that incidents do occur from time to time, even at The Most Magical Place On Earth.

Disney Guest Christopher OHara recently shared a video with Inside the Magic from Disney’s All-Star Movies Resort, where we can see some major flooding inside the hotel room.

The incident took place earlier this week, and the first floor of the Lovebug building at the Disney World Resort hotel was reportedly flooded due to a water pipe break. The Guest shared that it happened around 10:00 p.m. at night and that everyone from the first floor was moved while it was raining.

OHara also shared that the Disney Cast Members worked hard to relocate each Guest in a timely manner. Though incidents like this can happen, they are very rare, and when they do happen, Disney Cast Members are expertly-trained to handle these situations and to take care of Guests in the process.

Disney’s All-Star Movies Resort gives you the chance to explore with some of your favorite Disney friends, as you headline your very own all-star adventure. The Disney Resort hotel salutes the legends of Disney films—from the dotted pups of 101 Dalmatians to the playful toys of Andy’s Room— with whimsical, larger-than-life décor.

Have you ever seen something like this occur while staying at Walt Disney World? Let us know in the comments.