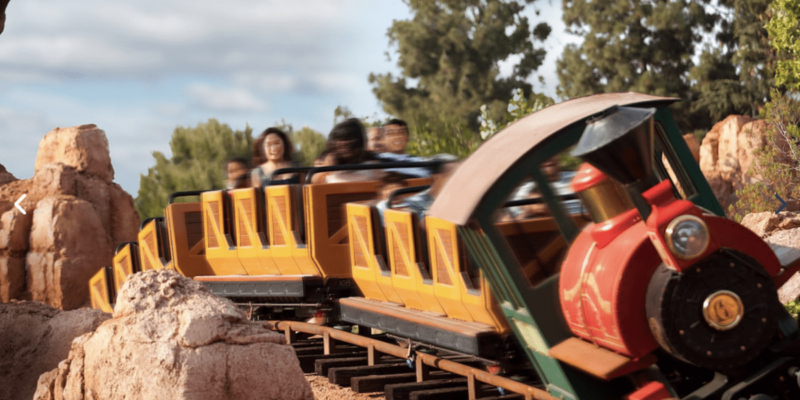 A trip to Disneyland Resort is supposed to be one that is unlike anything else.

While visiting “The Happiest Place on Earth,” Disney Park Guests have the opportunity to enjoy many fun attractions at two different theme parks in Disneyland Park and Disney California Adventure.

There are iconic dark rides like Haunted Mansion, Pirates of the Caribbean, and “it’s small world”, while there are also many thrill rides like The Incredicoaster, Radiator Springs Racers, Guardians of the Galaxy: MISSION BREAKOUT, and Space Mountain.

One of the most popular attractions at Disneyland Park is none other than Big Thunder Mountain Railroad.

While Guests heading to Big Thunder Mountain are expecting to experience “the wildest ride in the wilderness,” it seems that there  was recently an incident that left many confused.

A Reddit user recently posted a picture showing an electric scooter that had fallen onto the tracks at Big Thunder Mountain Railroad.

someone drove their electric scooter onto the Thunder Mt. tracks.

someone drove their electric scooter onto the Thunder Mt. tracks. from Disneyland

The Guest said they are unsure if the Guests had an exemption to be past the safety rails and everyone was confused as to how the incident occurred. Disney has not confirmed that this incident happened and no one reportedly was injured.

It’s important to know that the details of the incident haven’t been confirmed.

What do you think of this picture at Disneyland? Let us know in the comments!