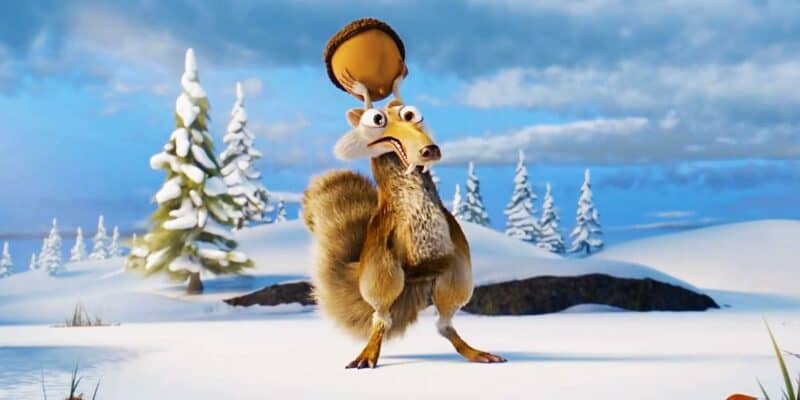 It’s been 18 months since Blue Sky Studios closed their doors.

The studio was founded in 1987 and worked on visual effects for commercials and film before completely devoting itself to animation.

From 2002 to 2019 the studio only worked on animation projects. Some of its most well-known movies include- The Peanuts Movie, Ice Age, Spies in Disguise, and Dr. Suess’ Horton Hears a Who!

However, most well-known would be the company’s mascot Scrat.

Scrat is an acorn-obsessed saber-toothed squirrel that lived during the ice ages.

All we ever saw him doing was trying to either store his prized acorn or get it back from someone.

One of the first times we see him, we discover that Scrat was responsible for the separation of the continents, which divided Pangaea.

At another point, Scrat has found paradise for himself. An island populated by advanced saber-toothed squirrels known as Scratlantis.

Sadly, shortly after finding it, Scrat somehow managed to sink the island and all the acorns on it as well.

From there, Scrat went on to discovering a UFO that was encased in ice. Somehow he managed to turn it on and fly it into the cosmos.

There, he ended up creating the Solar System by accidentally rearranging the planets and causing a collusion thereby creating the asteroid belt.

Throughout all these adventures, Scrat was never quite able to successfully store his acorn so that he could eat it later.

That is, until Blue Sky Studios had to say goodbye.

In 2019, they closed their doors, and it was at that time, that Scrat was finally able to eat his acorn.

What a fitting way for a studio to say farewell.

In 2019, Disney announced that it would be purchasing 20th Century Fox and all companies within- including Blue Sky Studios. However, in 2021, Blue Sky Studios was shut down permanently due to the COVID pandemic.

After seeing how important Scrat was to fans, Disney made a decision.

Which of Scrat’s adventures were your favorite? Let us know in the comments.