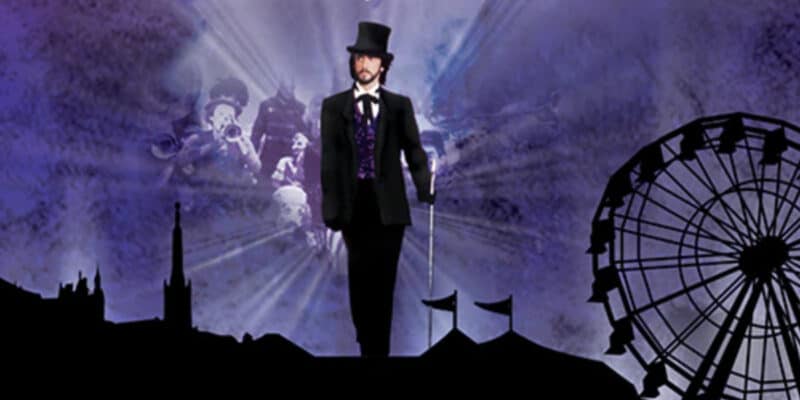 With the release of Hocus Pocus 2 on Disney+, fans are welcoming back the Sanderson Sisters for another spooky season with their new sequel.

The original movie has become something of a cult film in recent years, and it definitely has more than a few elements that help it set the mood for a night of tricks and treats. However, there’s one other movie under the Disney name that desperately needs to see a comeback in time for Halloween, and it concerns deadlier matters than a trio of wicked witches. As October breezes bluster, a mysterious traveling sideshow and a sinister ringmaster with a dark purpose blows into a sleepy little town.

Based on the book and scripted by the legendary Ray Bradbury, Something Wicked This Way Comes is an absolutely chilling delight from Disney, yet it often goes overlooked compared to other festive features in their enormous collection of films. Although it has yet to make its appearance on Disney+, the film is truly an atmospheric experience created by one of the greatest writers in the horror genre, and yet it comes straight from the house of mouse.

The plot itself concerns a mysterious carnival arriving under the cover of darkness, and promising all sorts of enchanted delights to the citizens of a small town of Green Town Illinois. Cooger and Dark’s Shadow Show is led by the eccentric and ominous Mr. Dark (played by Johnathan Pryce of Pirates of the Caribbean), who instantly draws the attention of Jim Nightshade and Will Holloway.

While the rest of the town is bewitched and delighted by their wishes suddenly made real by the magic of Mr. Dark and his traveling sideshow. However, as anyone who’s seen Once Upon a Time will know, all magic comes at a price.

It’s a very creepy and outright scary movie at times, but no one dies or even really gets terribly injured. The ones who fall under Mr. Dark’s spell temporarily lose their souls by becoming members of the carnival’s freakshow, but that applies a different creep factor.

It’s the atmosphere that truly sells the production, everything about the film’s setting and story absolutely drips with a pleasant Halloween chill, and it’s certainly a palpable experience. What makes this film so remarkable is how mature and professional a company like Disney handles Bradbury’s work. Of course, having him in the writer’s chair certainly helps.

Something Wicked This Way Comes is a sort of Disney movie that truly isn’t seen much these days, but that may be due to the period it was released. The ’80s were a time Disney experimented with different mediums and genres in and out of their animation studio.

The decade was responsible for films like Gremlins, Ghostbusters, and Beetlejuice; of course, Disney would at least dabble in some darker materials to try out what was becoming popular. One only has to look at films like Who Framed Roger Rabbit, The Black Cauldron, and even this underrated gem to understand that it was a transitional period that would help shape the company’s future.  There might not be any jumpscares or gratuitous amounts of death, but it’s a haunting classic perfect for those chilly nights by the glow of a jack-o-lantern.

Have you seen Something Wicked This Way Comes? Tell us what you think in the comments below.

Comments Off on ‘Something Wicked This Way Comes’: Disney’s Forgotten Horror Movie