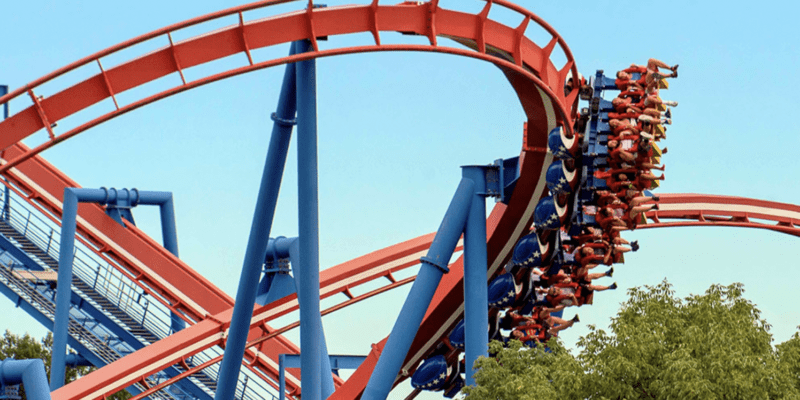 An NFL star has been permanently banned from a popular theme park.

No matter what theme park you visit across the nation- whether it be a Disney Park at Walt Disney World Resort, Disneyland Resort— or any other, like Universal Orlando Resort, Universal Studios Hollywood, Busch Gardens, SeaWorld Orlando, Six Flags, Cedar Point, there are certain rules that have to be followed.

When rules are not followed at an amusement park, this can result in visitors being escorted out of the theme park, issued bans, or even arrested depending on the severity of the situation.

However, we just learned of a situation involving an NFL star that resulted in their permanent ban without them even visiting the theme park.

Las Vegas Raiders star wide receiver Davante Adams was recently in the limelight for the wrong reason. The Raiders lost a Monday Night Football game 30-29 to the Kansas City Chiefs and, as Adams was walking through the players tunnel, he shoved a cameraman.

Adams has since apologized on Twitter to the worker he pushed over, saying that he “felt horrible immediately,” but that apology wasn’t good enough, at least not for Kansas City Chiefs fan.

Following the incident, Kansas City-based theme park, Worlds of Fun, announced that Adams had been “permanently banned” from its location.

BREAKING: Davante Adams has been permanently banned from Worlds of Fun.

BREAKING: Davante Adams has been permanently banned from Worlds of Fun.

Though Adams has probably never visited Worlds of Fun, it doesn’t seem he’ll be able to enjoy any of the exciting attractions at the amusement park anytime soon following the ban.

In addition, the Kansas City Police Department announced that chargers were filed by the photographer against Adams. The cameraman was taken to the hospital and then called police. He noted that the injuries he sustained were “preliminarily thought to be non-life-threatening.”

The NFL is also reviewing the incident, which could result in fines and suspensions, Sports Illustrated reported.

Worlds of Fun and Oceans of Fun offers all kinds of fun for kids of all ages and sizes. From the big thrills of Patriot and MAMBA to the little thrills of Planet Snoopy, Worlds of Fun has plenty to offer and ride.