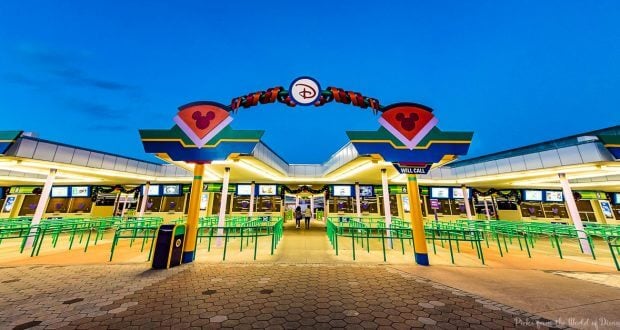 A Florida man with a loaded gun was recently caught in the Magic Kingdom parking lot at Walt Disney World Resort.

Magic Kingdom is known for its iconic attractions, including Haunted Mansion, Pirates of the Caribbean, Space Mountain, Splash Mountain, “it’s a small world”, and Jungle Cruise, as well as many more entertainment offerings like Festival of Fantasy Parade, Disney Adventures Friends Cavalcade, and the nighttime spectacular Disney Enchantment, which will soon be changed to Happily Ever After.

However, that doesn’t mean that every person who makes their way to Walt Disney World Resort is looking to experience “The Most Magical Place On Earth.”

According to a recently released report from the Orange County’s Sheriff Office, Jordan Brown, 28, of Haines City was caught with a loaded gun attempting to go through cars in the Magic Kingdom parking lot.

Detective Cody Rowinsky viewed the footage and described Brown as trying to open “over a dozen vehicles in the lot, including cars, SUVs, pickup trucks and minivans.” After attempting to open several vehicles, Brown gave up and exited the TTC in a gray Cadillac sedan. That’s when he was met by the sheriff detective.

“I asked the driver if he was a little lost and he said he went down to surprise his girlfriend. He said he had to put something in her car so she wouldn’t know and she was at Disney right now. He said he was having trouble finding the car. I asked him what kind of car he was looking for and he recommended a silver Elantra,” the arrest report read.

After being stopped, Brown told the sheriff about his traffic violation issues, and that’s when the sheriff noticed the handgun.

“When he gave me the ID Brown said he didn’t get a driver’s license because he just paid for all his tickets and they told him he had to wait 30 days. As Brown explained the problem with his driver’s license, I noticed a black handgun on the driver’s floor directly below Brown and within easy reach of him,” the arrest report read. “I pulled out my agency-issued firearm and ordered him out of the vehicle based on (suspicion) of loitering and sneaking and the presence of a firearm.”