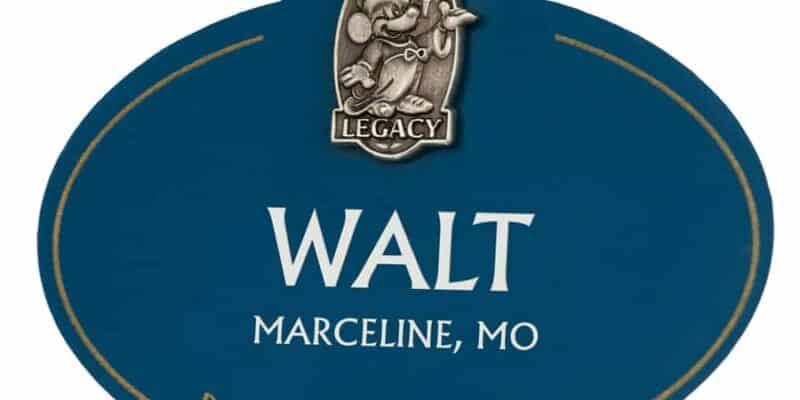 Be on the lookout for blue name tags at Disney Parks.

Those Cast Members have gone above and beyond in their job. They are called Legacy Cast Members.

Any Cast Member- from a food service worker to the Captain of a Disney Cruise ship all have the iconic white, oval name tag.

Every Cast Member at a Disney Park wears a name tag. They have changed a bit throughout the years; but normally, they are oval, white, and have the Cast Members’ first name and their hometown.

According to the Disney Career Website, Disney is a “first-name organization.” Last names are too formal and sound less friendly. Mickey Mouse himself delivers Cast Members their name tags on their first day on the job.

But a few select Members get a different name tag. Theirs is blue instead of white.

A blue name tag is for Cast Members that have received the Walt Disney Legacy Award.

There are three particular areas a Cast Member must excel in, in order to get this award- Dream, Create, and Inspire.

How Does One Get This Award?

Well, you need to get nominated by another Cast Member first. The process is extremely selective. Out of around 65,000 Cast Members, only 350 are chosen to receive the award and the special blue name tag.

Then, a panel of fellow Cast Members, managers, and executives reviews the nominations and selects a winner.

The Walt Disney Legacy Award is part of a unified recognition program. It covers not only employees in the parks, but also Disney Cruise Line, and Imagineers.

These Cast Members are the reason why a trip to a Disney Park is so magical and people visit from all around the world. If you happen to come across a Cast Member with a blue name tag on your next visit to a Disney Resort, be sure to thank them.

Have you ever seen a Cast Member with a blue name tag?