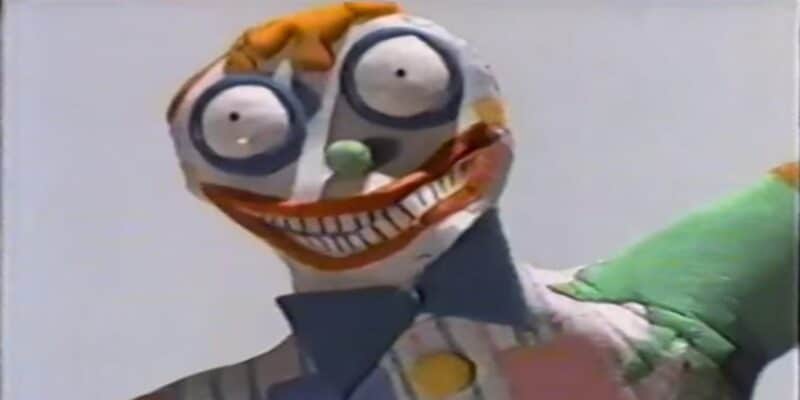 Before he was the strange and unusual mind behind such masterpieces as Beetlejuice and Batman, Tim Burton was one of Disney’s most prolific artists. His first official film has become something of an urban legend… until now.

Tim Burton’s directorial career didn’t officially kick off until Pee-Wee’s Big Adventure in 1985, but his contributions to the film industry began at Walt Disney Pictures. As one of the studio’s many talented artists, Burton cut his teeth in the storyboard and sketch departments, working alongside fellow animators and filmmakers such as Rick Heinrichs and John Lasseter. After completing short projects like his spooky and stellar Vincent, Burton had the opportunity to create, direct, and design his own TV movie.

That all sounds pretty routine, but Burton has never been known for doing anything conventional. Like something out of a Creepypasta or urban legend, the special supposedly aired only once on Halloween night at 10:30 on the Disney Channel in 1983. To say the film was an experiment for the Walt Disney Company is putting it lightly, but it was definitively Burton in its visuals, designs, and effects. The plot itself is a very stylistic take on Hansel and Gretel, but two kids lost in the woods and a wicked witch with a gingerbread house are where the similarities with the famous fairytale end.

The special is weird, and that’s putting it politely. While the fairytale serves as the skeleton of the short film, the rest is 100% Tim Burton’s brand of strangeness. Heavily inspired by Japanese films and culture, the special also features a fully Japanese cast, a transforming robot, and  a witch who wields nunchucks, knows martial arts, and throws gingerbread ninja stars. If that wasn’t weird enough, the special also features an insanely creepy and masochistic gingerbread man who begs Hansel to gobble him up. While it does feature a happy ending for the two children and their toymaker father, it still comes across as one of those strange lost videos that comes with some sort of curse or haunting that follows.

The best way to truly understand this lost film is to simply watch it, which can be done with a little help from YouTube. It’s not exactly the director’s best work, but everyone has to start somewhere. While the special is definitely rough around the edges, it’s a kooky, creepy, and colorful experience that all fans of Burton’s work should definitely watch at least once, and Halloween is certainly no better time to see it.

Did you see Tim Burton’s lost Disney special? Tell us in the comments below!