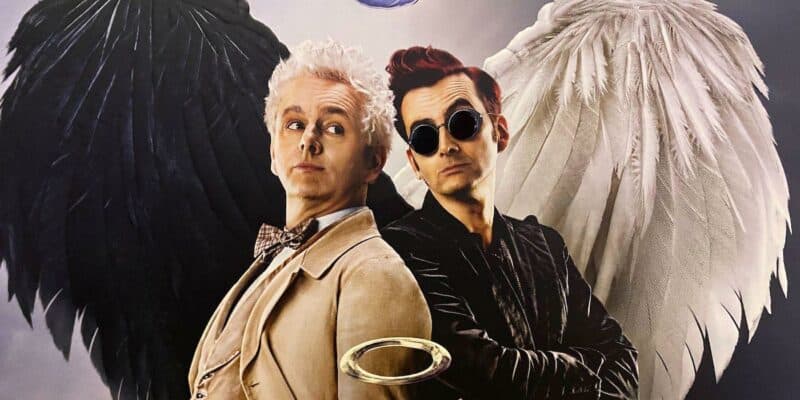 After almost three and a half years, Good Omens is set to come back to Prime Video for its second season.

Fans’ prayers have been answered for one of their favorite angel/demon duos to return.

Good Omens is a fantasy comedy series based off of Terry Pratchett’s novel of the same name.

The show follows various characters, Christian themes, and figures as they try to either encourage or prevent Armageddon. All of this is seen through the eyes of our two main characters- angel Aziraphale (played by Michael Sheen) and demon Crowley (played by David Tenant).

After saving the world in the first series, Aziraphale and Crowley return to solve a mystery that takes in all of heaven and hell.

During the New York Good Omens Comic Con Panel, writer Neil Gailman teased about several Season 2 character details and plot points. Fans were promised that the next batch of episodes will feature not only “a lot more of heaven” and “a lot more of hell”, but also some “love stories”.

More insight was also brought in on the character Muriel, played by Quelin Sepulveda. Gailman described her as a “very well-meaning” angel designed to offset the rather large, negative portrayal of angels in Good Omens Season 1. The writer also added that Muriel is keen to break free of the angelic society to which she belongs, while actress Sepulveda called her “vulnerable and curious.”

No official release date has been confirmed yet for the second season. However, we do know that Season 2 will be coming out sometime in the Summer of 2023.

Until then, all six episodes of Season 1 of Good Omens is available to watch on Prime Video.

Have you watched Good Omens? Are you excited for Season 2? Let us know in the comments!